Swift Boats At War In Vietnam 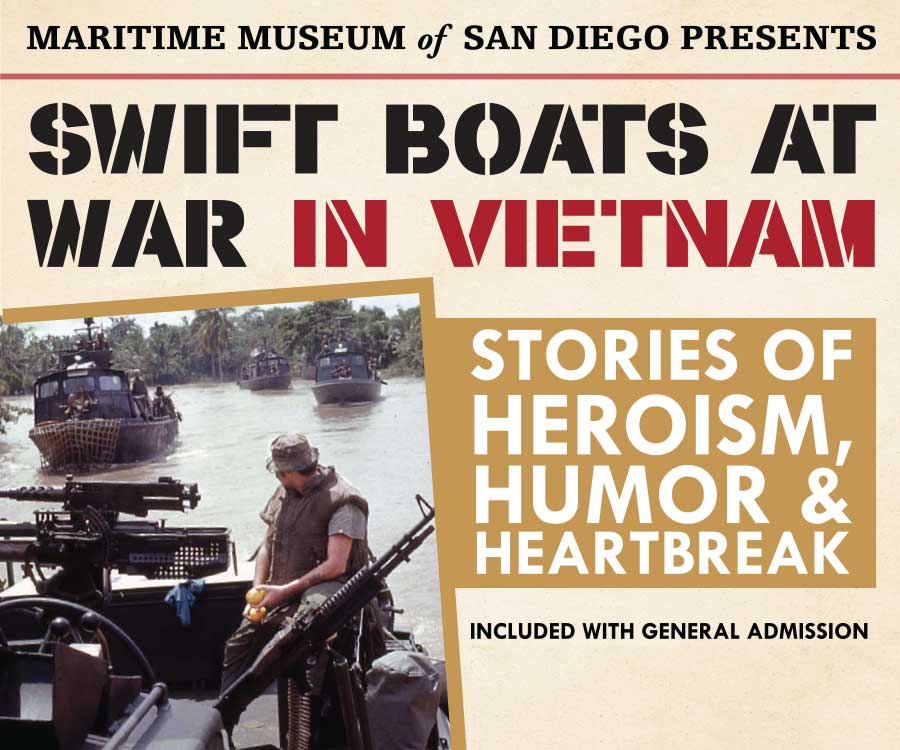 Their mission: Patrol 1,500 miles of Mekong Delta waterways and disrupt Viet Cong supply lines.
Their challenge: Survive the threat of naval mines and enemy ambush lurking around every bend in the river.

During the Vietnam conflict 3,600 served or supported America’s PCF Swift Boat mission. Four hundred were wounded. Fifty died. These are their stories of heroism, humor and heartbreak, told in first-hand accounts and photos by the men who were there, 50 years ago. Based on the book Swift Boats at War in Vietnam, this immersive new exhibit lets you experience their courage under fire.

Click Here to Visit Swift Boats At War In Vietnam on FaceBook. Over 100 photos of the legendary Swift Boat in Action! 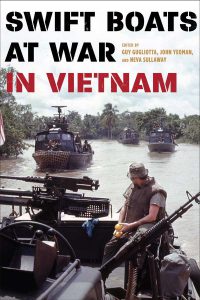 Swift Boats at War in Vietnam, edited by Guy Gugliotta, John Yeoman and Neva Sullaway will soon be on sale in the Museum Gift Shop and online at sdmaritime.org. The authors will donate all proceeds from book sales to support the Museum’s PCF 816.

GUY GUGLIOTTA, a former Swift Boat officer, worked for more than forty years as correspondent and columnist for UPI, the Miami Herald, and The Washington Post. He is coauthor of Kings of Cocaine and author of Freedom’s Cap. Gugliotta was awarded three Bronze Stars. He lives in New York City.

JOHN YEOMAN was the skipper of PCF 37 and PCF 692. He also served as tactical commander of combined PCF, SEAL, and helicopter attacks in the canals of the Mekong Delta. After leaving the Navy, he earned an MBA from the University of Chicago and then worked in New York as an investment banker. In the late 1990s, he left Wall Street and was the skipper of commercial vessels, tugboats, and mega-yachts on San Francisco Bay. Since 2001, he has lived on Maui and now works as a financial advisor for a major wealth management firm. John was awarded the Bronze Star on three occasions while he was the skipper of Swift Boats.

NEVA SULLAWAY is an author, editor, and publishing consultant living in San Diego, California. A former photojournalist and competitive sailor, Sullaway has authored three books, all maritime-related. She published the Maritime Museum of San Diego’s Journal of Pacific Maritime History for ten years and continues to work with clients, preparing their work for publication. 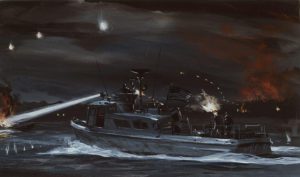 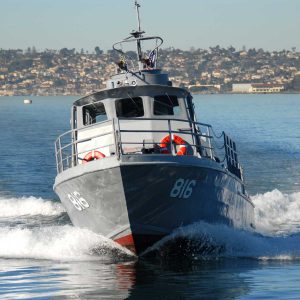