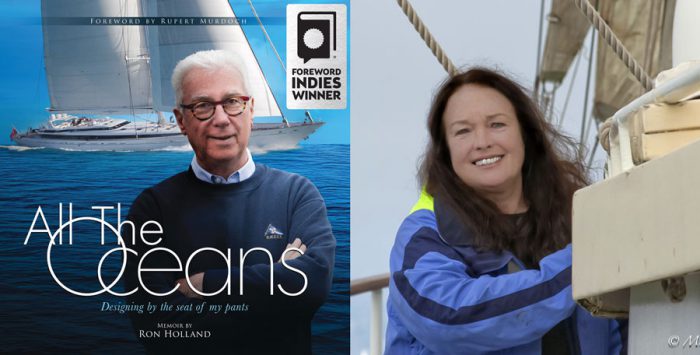 Maritime Museum of San Diego, home to 500 years of seafaring history and world-renowned collection of historic vessels will host a special lecture presentation featuring Ocean Voyages Institute (OVI) Founder Mary Crowley Friday, November 22, 2019 from 5:30 p.m. to 8:00 p.m. at the Maritime Museum of San Diego. Joining the discussion will be leading yacht designer, Ron Holland. Ron is an avid supporter and participant with Ocean Voyages Institute’s cleanup efforts. Ron will be sharing a few slides from his voyage this summer on his beautifully designed ROSEHEARTY in the Arctic.

Nonprofit organization Ocean Voyages Institute (OVI) has successfully removed more than 42 tons of fishing nets and consumer plastics from the area known as the North Pacific Subtropical Convergence Zone, more commonly known as the Pacific Gyre, in 25 days in June of this year. In the Pacific between California and Hawaii, four ocean currents converge to create a vortex that collects huge amounts of garbage.

Admission for the lecture is complimentary with suggested minimum $5.00 donation per person at the door. Visitors that purchase general admission tickets to Maritime Museum of San Diego November 22 may attend free. The event is staged aboard the McKinney deck of the National Historic Landmark, the 1898 steam ferry Berkeley. Doors open at 5:30 p.m. offering guests time for social networking including no-host bar. The lecture begins at 6:15 p.m. and closes with a special book signing by Ron Holland immediately following the presentation. 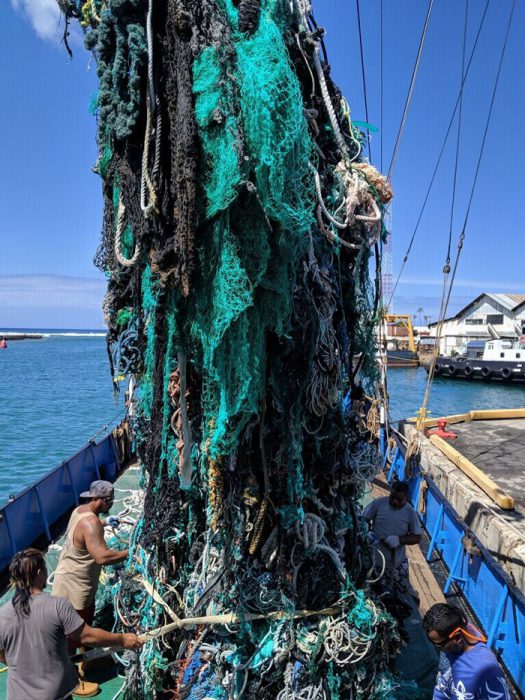 About Mary Crowley
Mary Crowley grew up in Chicago and started sailing on Lake Michigan when she was four years old and since then has logged over 115,000 miles at sea. In 1972, Mary and Dr. Raymond Ashley sailed together on the ship WESTWARD, departing from San Diego and sailing to Galapagos where they spent 5 weeks exploring this magical archipelago before sailing onward. Mary founded two companies in Sausalito 1979 — Ocean Voyages Inc. a global yacht chartering company and Ocean Voyages Institute, a non-profit public charity committed to preserving the ocean environment, maritime arts and sciences, and island cultures. In 2009, aware of the damage being cause to our global ocean environment Mary launched Ocean Voyages Institute’s ocean clean up initiative focused on solutions to the enormous issue of plastic pollution and its removal from the global ocean. In June 2019, Mary accomplished the largest ever ocean cleanup of ghost nets and plastic trash from the North Pacific Gyre to date removing over 84,000 pounds of ghost nets and plastic consumer plastics. Mary’s lifelong passion for the ocean that has fueled her continuing commitment and dedication to ocean conservation and the marine environment. She advocates that we all need to take action to improve the health of our oceans.

About Ron Holland
Celebrated yacht designer Ron Holland drew his first yacht at 19 years of age. He rapidly made a name for himself as one of the most successful and sought-after designers in the highly competitive world of international ocean racing, before advancing to bigger things. His seminal influence on the then-new category of superyachts, those toys of the rich and super-rich, brought him fresh success, and an introduction to a world of fascinating personalities: business tycoons, royalty and rock stars. For over 50 years Ron’s innovative designs have repeatedly shaken up the world of sailing. His most recent accolade is the Lifetime Achievement Award presented by Boat International Media at the Design and Innovation Awards in Cortina d’Ampezzo, Italy. Ron Holland published his memoir “All The Oceans” in 2018, it is a Foreword Reviews, 2018 INDIE Book of the Year Awards Winner taking Silver in the Travel category.