Festival Of The Sea 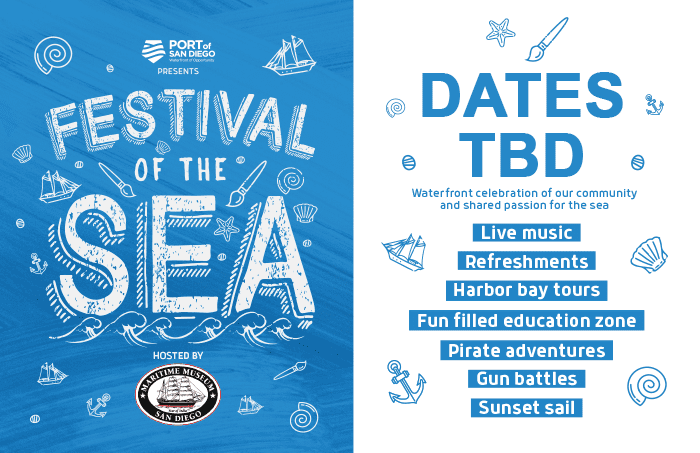 2nd Annual Port Of San Diego Festival Of The Sea has been postponed to a future date, yet to be determined.

The Port of San Diego Festival of the Sea takes place aboard the historic vessels only found at the Maritime Museum of San Diego. General admission ticket prices apply. Group rates will not apply.

Raymond Ashley, Ph.D., K.C.I., President/CEO of the Maritime Museum of San Diego is enthusiastic about the new annual tradition. “Visitors to Maritime Museum of San Diego Memorial Day weekend have so much more in-store and included with their general admission. For our 2nd annual event, we have added even more entertainment, educational activities and refreshment options that will allow the public to spend a longer time on the waterfront with family and friends.”

On the Water Adventures

Festival of the Sea general admission tickets are not included with the following boating activities presented by the Maritime Museum of San Diego:

Gun Battles on the Bay 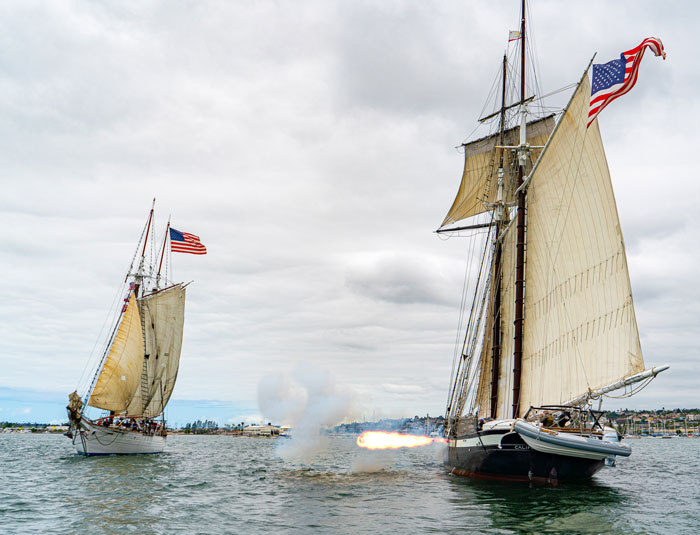 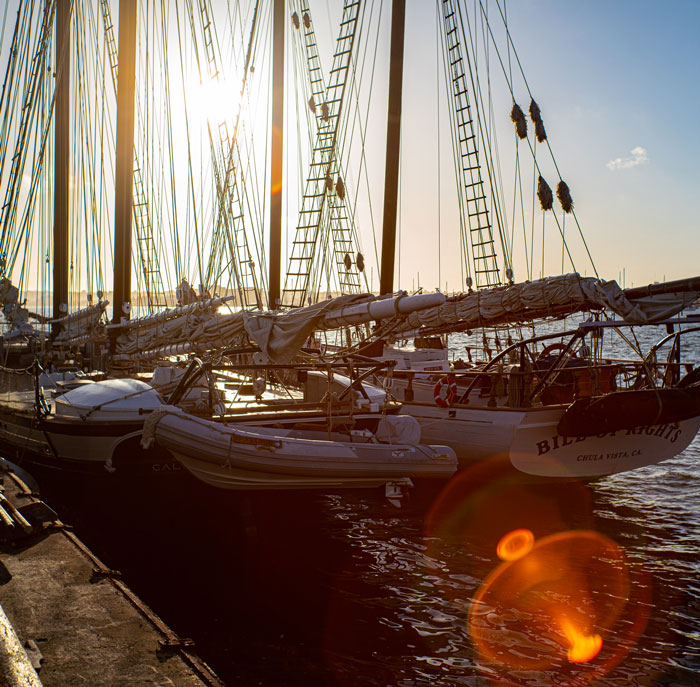 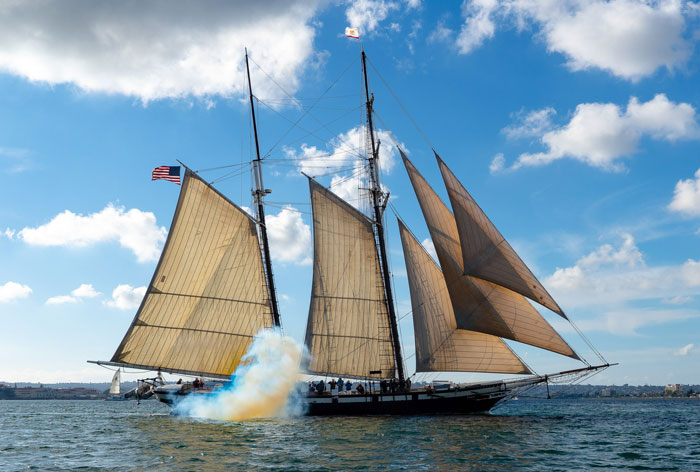 For those longing to enjoy evenings on the Bay, the Museum will also offer an elegant 3-hour sunset cruise experience aboard the galleon replica San Salvador. 4:00 p.m. to 7:30 p.m.

Tickets:
$59.00 per person
A no-host bar (cash only) will also be on board.
General Admission ticket not included. 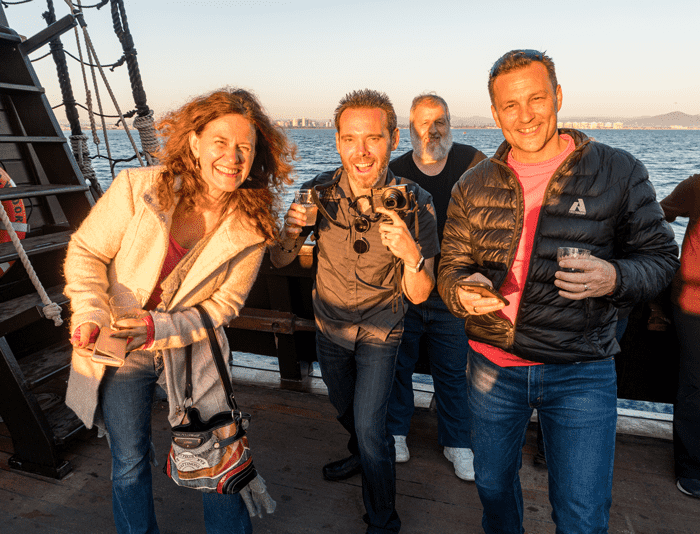 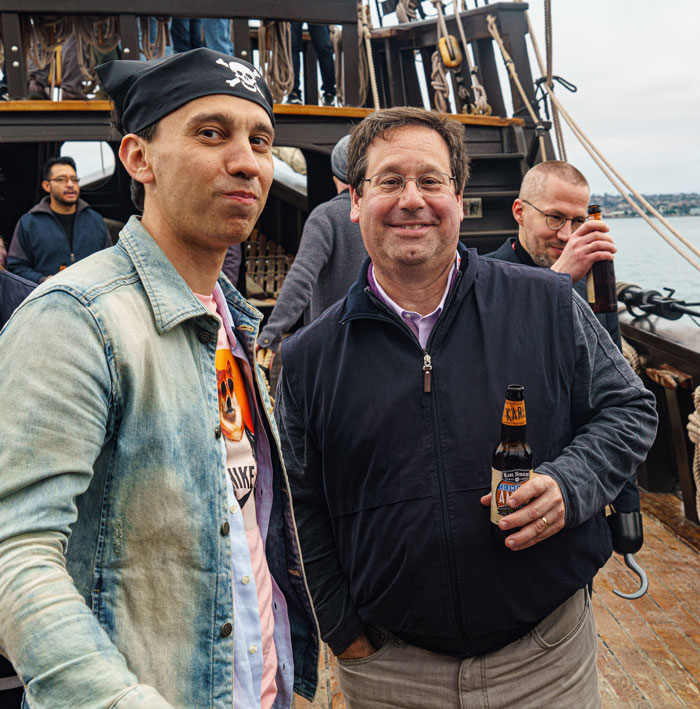 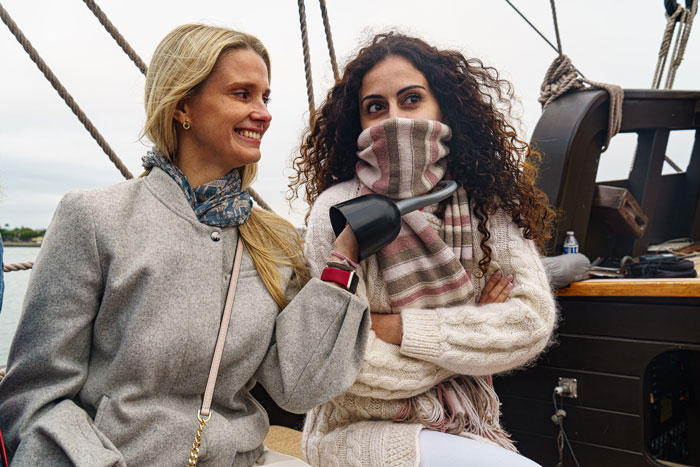 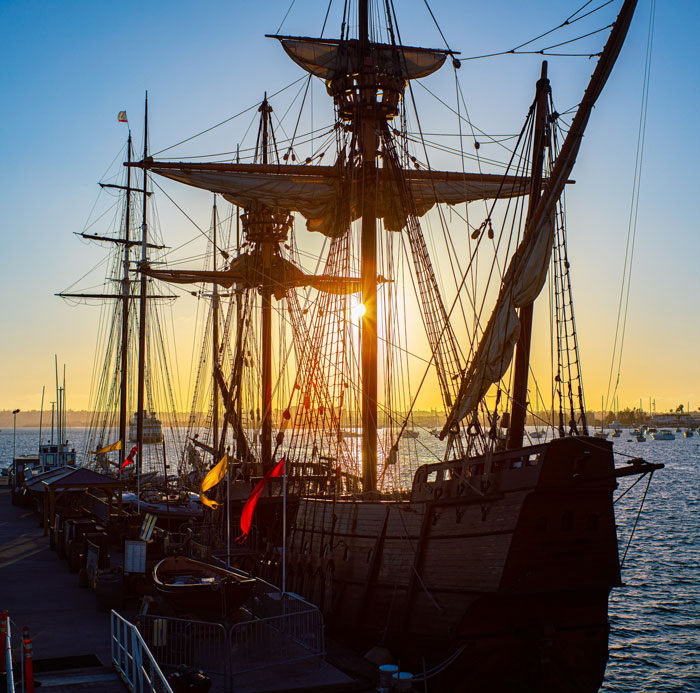 An unforgettable theatrical boating experience Guests can choose from two 90-minute performances staged aboard the galleon replica, San Salvador. This hilarious interactive show puts visitors right in the middle of the pirate action. Participants will be sworn in as part of the ship crew, trained how to navigate, sword fight, bail from a sinking ship, escape from the King’s jail, swab the deck and other pirate skills.

Young guests 12 and under can also participate in a fun costume contest. The winner will receive a $20.00 gift certificate to shop at the Museum Gift Shop following the sail.

Tickets:
$40.00 Adult
$25.00 Child 12 and under
Sails are not set for BOARDED
General Admission ticket not included.

Thirty-minute narrated Bay tours will also be available on the Museum’s engine-powered vintage vessels Saturday, Sunday and Monday, 11:30 a.m. to 4:00 p.m. for only an additional $10 with general admission ticket purchase. Tickets available day of, at the Maritime Museum of San Diego.

2020 Port of San Diego Festival of the Sea gives everyone a taste of the museum experience. General admission Maritime Museum of San Diego tickets include:

For Festival of the Sea weekend only, the Museum offers: