Showing in the Gould Eddy Gallery aboard the Ferryboat Berkeley. 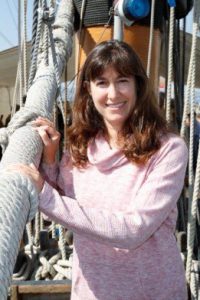 Susan Sirota is Vice President of Maritime Museum of San Diego and oversees cross functional management of all departments. Ms. Sirota joined the Maritime Museum staff in 1998. Three years later Susan was promoted to Director of Education where her responsibilities included managing a staff of 45 instructors, while developing environmental science and living history programs. By 2015, and as Chief Education Officer, she led a variety of projects such as administering public and adult programming, designing, and executing teacher workshops, coordinating museum exhibits, and management of Festival of Sail 2002, which has now become the largest tall ship festival on the West Coast. Ms. Sirota accomplishments include securing vital financial support and resources to sustain and organizational growth. The list includes four National Endowment for the Humanities Awards, Federal National Maritime Heritage Grants, and several key State and community grants for MMSD. As Director of Development, she produced the wildly successful FANDAGO fundraising event and created several distinct platforms to attract the vital relationships needed to underwrite or secure donors to support MMSD’s ambitious building of the 1542 galleon replica San Salvador. Ms. Sirota moved to San Diego after receiving her graduate diploma in planning and design from the University of Melbourne in Australia and a master’s degree in environmental studies. After returning from overseas, she served as an AmeriCorps Watershed community coordinator and developed several community environmental education projects. Ms. Sirota came to the Maritime Museum of San Diego staff from the San Diego County outdoor education office to develop the Pilot boat program, which is in its eighteenth year running and serves as a model for many other museum and environmental agencies nationwide. 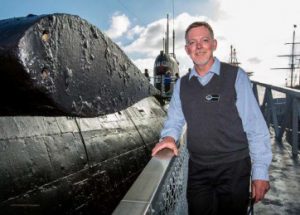 Originally from Perth, Western Australia, Kevin Sheehan has worked in various capacities at the Maritime Museum of San Diego for over a decade. Kevin received a doctorate in History from UC Berkeley, focusing his research on Spanish and Portuguese maritime empires in the Pacific Ocean and Southeast Asia in the sixteenth and seventeenth centuries. He has taught World History and the History of Western Civilization at Cal State San Marcos and San Diego State University. At the Maritime Museum of San Diego, Kevin is part of the curatorial team, providing background research for exhibits as well as performing the tasks of Librarian, Archivist, Manager of Collections, and Editor of the Museum’s peer reviewed journal of Pacific maritime history and culture, Mains’l Haul. 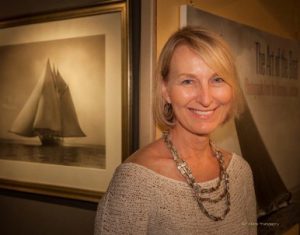 Maggie Walton joined the Maritime Museum of San Diego as a volunteer member of the Star of India crew in 1986.  She has served on MMSD’s Board of Directors and later was hired on staff after curating the successful exhibit, TITANTIC, History & Hollywood.  Mrs. Walton is also the Museums ‘official’ photographer. Prior to devoting her time to the Maritime Museum of San Diego, Maggie taught at a Native American school in the Dakota’s.  She has a Bachelor of Science in Art Education.  Upon her arrival to San Diego, she turned her skills to be a clothing designer and personal designer for Bazaar del Mundo and Diane Powers in Old Town. 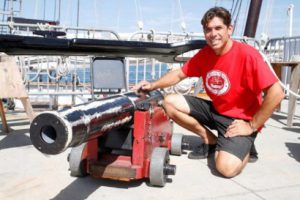 Joe joined the Maritime Museum of San Diego staff after retiring from the United States Marine Corps three years ago. He currently works in the MMSD exhibits department designing and building just about anything needed for each new exhibit. Joe also owns and operates his own unique Museum called” Nautical History Gallery” located in La Jolla, California where he show cases his creative Miniature modeling. 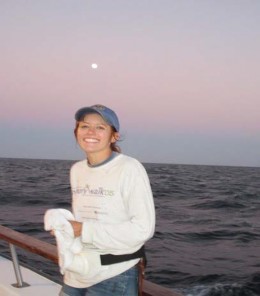 Charlotte Towle is a Colorado native and graduated with a Bachelor Degree in History from Arizona State University. Her love for writing, learning and adventure called her to the West Coast to pursue a career in educating and connecting the community through museums. She has been with the Maritime Museum of San Diego as an intern and research assistant for nearly one year. Ms. Towle newest work focusing on the research completed for the Rum: Sailors, Pirates & Prohibition exhibit and curatorial committee will be published in the upcoming Mains’l Haul, the Museum’s peer reviewed journal of Pacific maritime history and culture. If she is not at the Museum or backpacking national parks, you can find Charlotte playing and promoting the sport of disc golf.

“We are thrilled to present the story of rum, the part it played in the rich history of sea-going men and its little-known connection to San Diego,” said Dr. Raymond Ashley, PhD., K.C.I., President/CEO of the Maritime Museum of San Diego. “The exhibit covers more than 400 years, ranging from the early distilling process, rum’s role in American politics, including slavery, piracy, and prohibition. It’s an engaging and educational experience that rum, maritime and history buffs will enjoy.”