Illuminating the Sea:
The Marine Paintings of James E. Buttersworth, 1817-1894 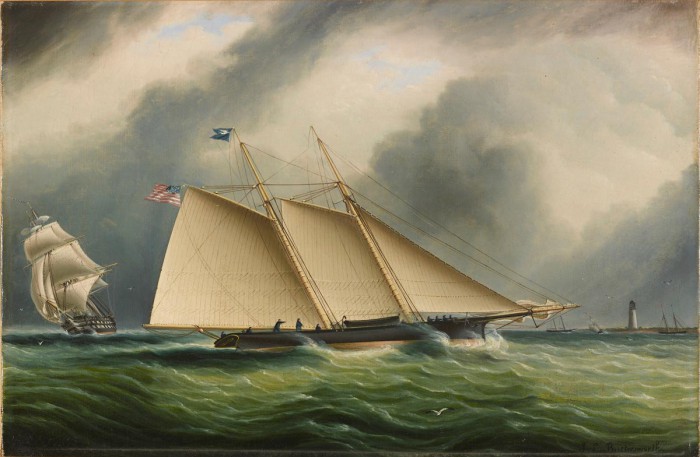 “Illuminating the Sea: The Marine Paintings of James E. Buttersworth, 1817-1894,” is a major retrospective exhibition highlighting the work of famed 19th-century marine artist James Edward Buttersworth. A ship portraitist who meticulously illustrated America’s Golden Age of Sail, Buttersworth captured a realistic view of sea and sky while incorporating the human element into his work. The show is organized by Mystic Seaport, one of the nation’s leading maritime museums. 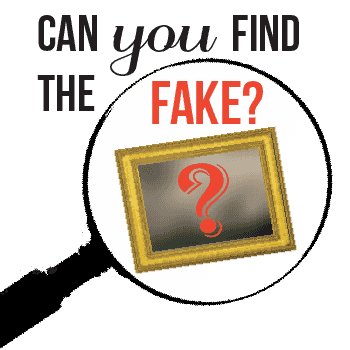 Hidden among the twenty-five paintings by James E. Buttersworth, foremost 19th century marine artist, is a modern forgery by one of America’s most skilled Art Forger, Ken Perenyi.

Will you be able to find the FAKE?

James E. Buttersworth (1817-1894) has long been recognized as a premier marine artist distinguished by his story-telling prowess, as well as his meticulous attention to detail with the brush and pallete. He began his career in England studying under his father, Thomas, himself a respected marine artist. In the late 1840s, the younger Buttersworth emigrated to the United States and became immersed in chronicling the maritime world of New York. 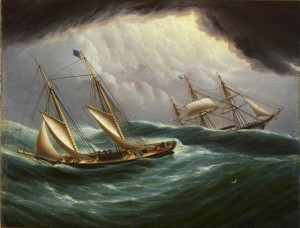 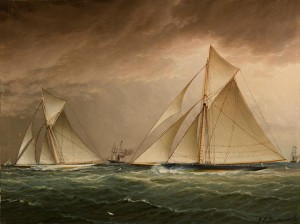 Upon his arrival, Buttersworth experienced America at the height of the Golden Age of Sail and steam transportation. Ships and boats were the principal means of transportation, and their owners, builders and shipmasters were the celebrities of the day. Buttersworth captured all this on his canvas and became one of the most prolific marine artists of the nineteenth century. His paintings detailed packet ships, ocean steamships, clipper ships, naval frigates, harbor craft and most especially, the glamorous world of American yachting.

In the 1850s, Buttersworth contributed numerous paintings and sketches to Currier & Ives depicting famous vessels and marine disasters for their popular lithographs. His clipper ship views, many of which were published as lithographs and his America’s Cup race paintings are widely respected for their combination of artistic and documentary qualities.

Paintings in the exhibition will span Buttersworth’s entire career, beginning with his early British period in the 1840s and ending with the 1893 America’s Cup series, completed a year before his death. Featured paintings of interest include “Sloop Yacht Haswell” and “Yacht Kate Off Boston Light,” illustrating ships built for Charles Henry Mallory, one of Connecticut’s most prosperous ship owners.

Like his contemporary “luminist” and Hudson River School artists, Buttersworth excelled in the dramatic renderings of sea and sky, elevating the precisely detailed renderings of ships beyond document to art.

The exhibition features 24 paintings from Mystic Seaports collection of more than 50, which is the largest single collection of the artist’s work in a public institution.

Mystic Seaport is one of the nation’s leading maritime museums. Founded in 1929, the Museum is home to four National Historic Landmark vessels, including the Charles W. Morgan, the last wooden whaleship in the world. Mystic Seaport also features a working preservation shipyard, a re-created 19th-century seafaring village, indoor exhibits and a planetarium. Additionally, visitors can get out on the water and explore the historic Mystic River from April through October. The Museum’s collection includes more than 500 historic vessels and one of the largest collections of maritime photography in the country. The state-of-the-art Collections Research Center at Mystic Seaport provides scholars and researchers from around the world with access to the Museum’s renowned archives, via the Internet and integrated databases. Mystic Seaport is located in Mystic, CT and is open year round. For more information, please visit www.mysticseaport.org.