Swift Boats at War in Vietnam

Swift Boats At War In Vietnam: A Month-by-Month Historical Log

John Yeoman was the skipper of PCF 37 and PCT 692. He also served as tactical commander of combined PCF, SEAL and helicopter attacks in the Mekong Delta canals. Along with author and editor Neva Sullaway, and former Swift Boat officer and 3-time Bronze Star recipient Guy Gugliotta, Yeoman is the co-editor of the new book and basis for the Maritime Museum of San Diego’s newest exhibit, Swift Boats at War in Vietnam. The following is part of a 12-month chronicle of Swift Boat activities. 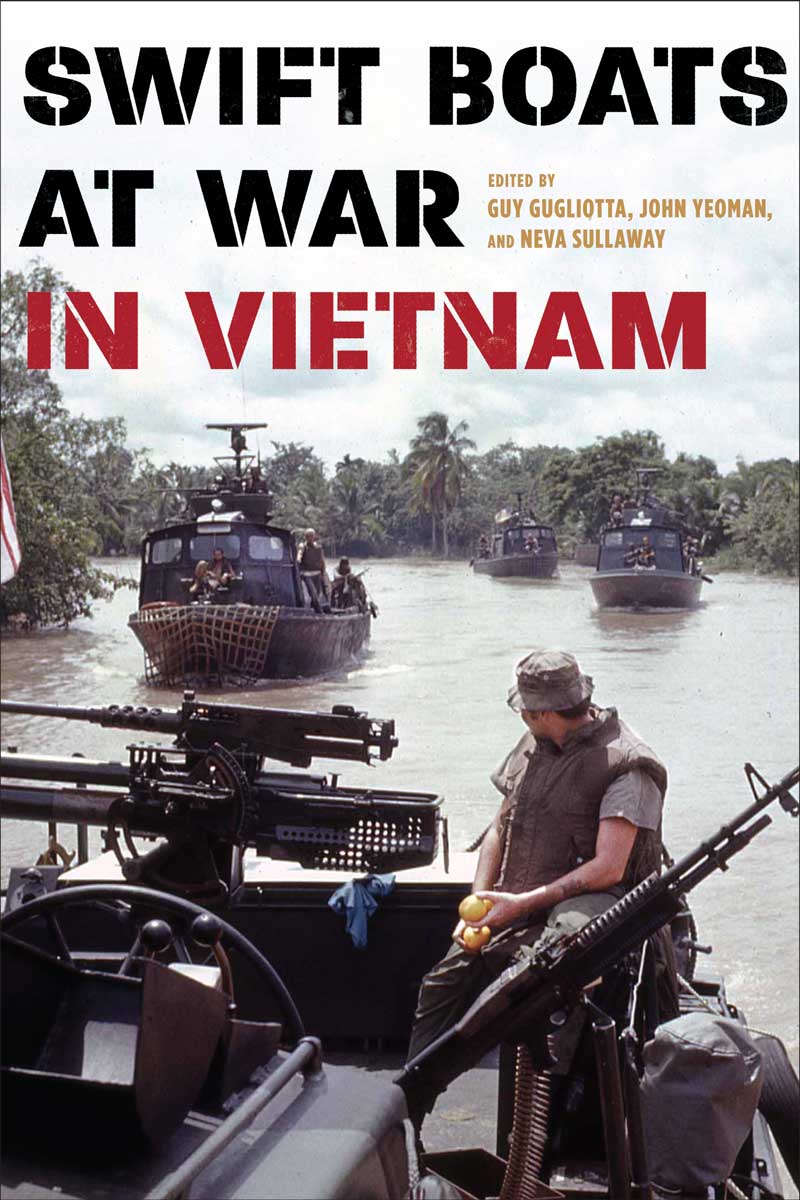 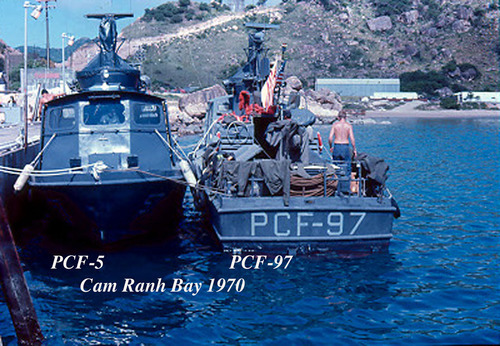 On 25 June, at 0500, PCF 97 again detected a suspicious sampan in the mouth of the Ganh Hao River and proceeded to investigate. Finding the enemy boat unoccupied, PCF 97 was preparing to get sector permission to take the suspicious vessel under fire when she was ambushed by two Viet Cong units hiding near the mouth of the river. A 75mm recoilless rifle round tore a four-foot hole in the bow of PCF 97 before her crew was able to suppress the enemy fire. The exploding shell injured two men, including serious injury to the skipper. The boat flooded rapidly as it turned seaward in order to concentrate efforts on the damaged area. However, all attempts to arrest the flooding failed and she sank in 35 feet of water. PCF 26 was quick to respond to PCF 97’s distress and sucessfully rescued all hands shortly after they had abandoned the sinking boat. The injured officer was medevaced, and planning for the salvage operation of PCF 97 got underway.

Salvage operations began the next day. Team 5 of Harbor Clearance Unit 1 was dispatched to the scene from Vung Tau. However, the team’s light lift craft was unable to raise the PCF clear of the water. The team then stripped the sunken boat of all removable equipment, and remained on the scene to await the arrival of the SEVENTH Fleet’s USS Oak Hill LSD 7, which had a crane capable of lifting the PCF.

On 2 July, Team 5, onboard PCF 95 and the USS Oak Hill LSD 7, hooked up the sunken craft to Oak Hill’s 35-ton crane. PCF 97 was then lifted clear of the surface, dewatered, and lowered into the LSD’s well-deck. Seven hours after the recovery operation had begun, PCF 97 was on its way to Subic Bay, PI for repairs.

The repaired and completely refurbished PCF 97 was returned to service at Cam Ranh Bay on 29 December 1967. 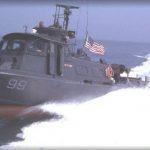 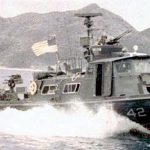 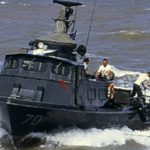 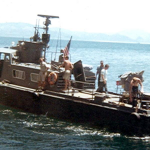 Swift Boats at War in Vietnam can be purchased online, and in the Museum Gift Shop aboard the Ferryboat Berkeley. All proceeds of sales will be donated to benefit the Museum’s Swift Boat 816.

Click Here to Visit Swift Boats At War In Vietnam on FaceBook. Over 100 photos of the legendary Swift Boat in Action!