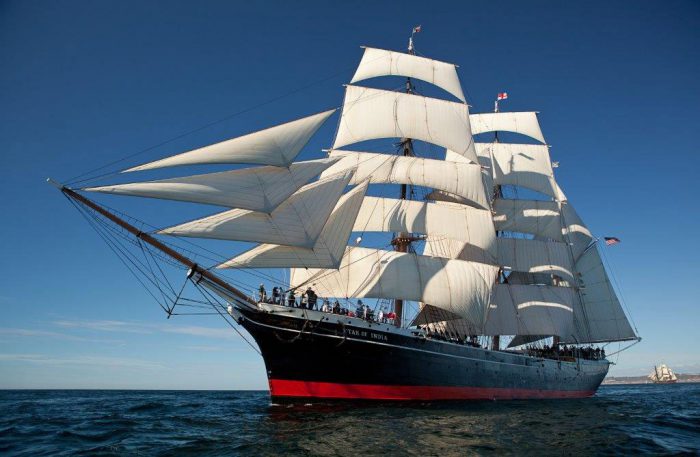 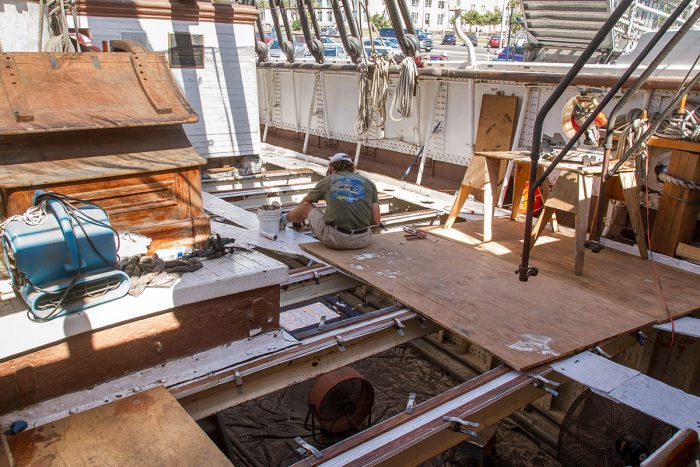 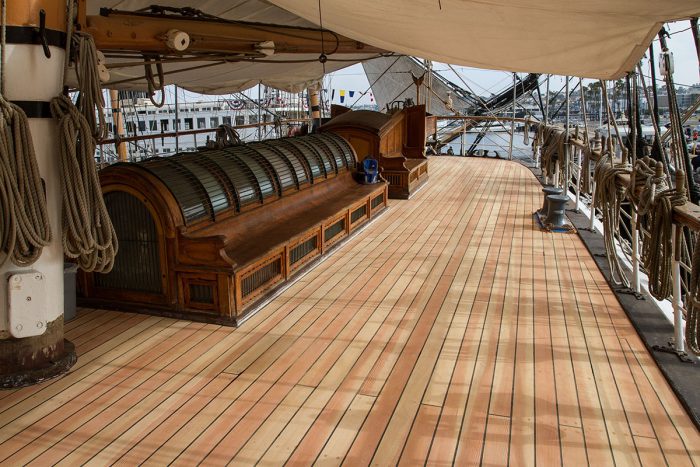 San Diego, California, April 27, 2017 ‐ The Maritime Museum of San Diego, home to one of the world’s finest collections of historic vessels, has completed the re-decking of the world’s oldest active sailing vessel – the Star of India.

The iron hull of the Star of India has virtually remained unchanged since she was launched as Euterpe in 1863. Wooden decks, however, have a shorter lifespan. The deck planks on the Star have been replaced several times during her career as a merchant vessel, immigrant ship, lumber carrier, and now a living museum.

Dr. Ray Ashley, President/CEO of the Maritime Museum of San Diego explained, “We are extremely proud. Over the last three years, in consultation with naval architects and experts in the preservation of historic vessels, the Maritime Museum of San Diego has undertaken a major project to replace all the weather decks on the Star to ensure that she will be preserved for future generations. The process began on the forecastle, and then proceeded to the poop deck. Finally, the starboard and port sides of the waist were replaced. The work proceeded in stages to ensure that the vessel would remain open to the public, and education programs could continue with minimum interruption.”

Kevin Sheehan, Ph.D. Manager of Collections, Librarian and Mains’ l Haul Editor added, “Haul Curators and shipwrights at the Maritime Museum of San Diego employed a new and revolutionary procedure for this re-decking process requiring the execution of a series of carefully planned steps. Firstly, staff and volunteers removed the old timber. They then cleaned and painted the exposed iron beams beneath.

Next, they laid down a sub-deck of high quality plywood. This was treated with resin and then covered with wooden planking. The planks were attached to the sub-deck using a specialized method that ensures that no moisture will be able to penetrate the plywood base. The planked deck was then sanded smooth. The seams between the planks were filled to simulate the appearance of a fully caulked deck. Several coats of clear polyurethane epoxy were applied to protect the timbers from the effects of sunlight and water. The final coat was mixed with sand to provide a non-skid surface. Finally, the deck hardware was reinstalled. Today when visitors view these gleaming decks, they must look much as they did on the day of her launching in 1863. 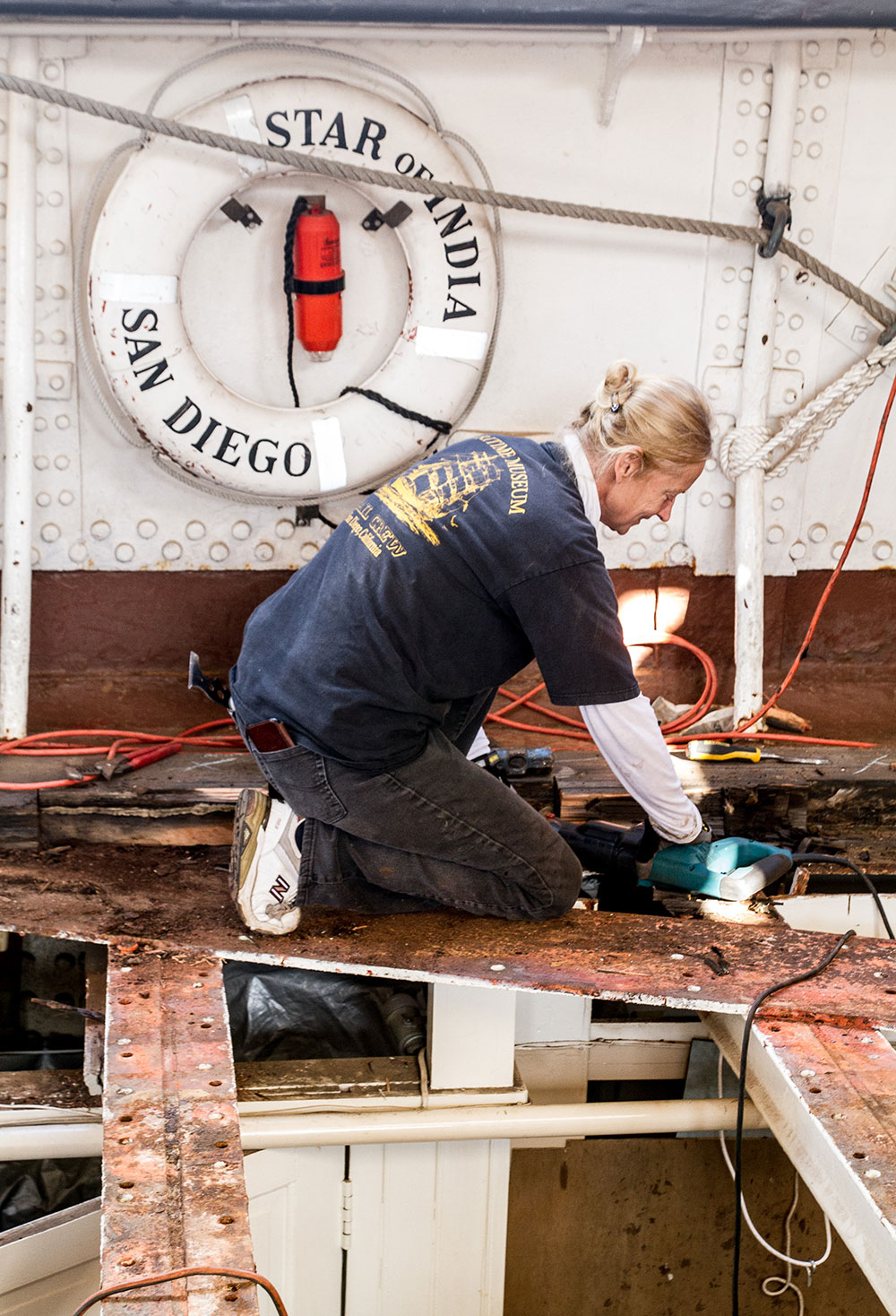 Maritime Museum of San Diego is open to the public every day of the year. General admission includes access to all historic vessel exhibits including the Star of India, USS Dolphin and Foxtrot Naval Russian submarines, the galleon replica San Salvador, tall ship Californian, and a host of others.