Staff and Volunteers have accomplished a great deal maintaining and restoring our legendary fleet while the Museum remains temporarily closed.

We are trying to navigate our way through this difficult period as best as we can so that we can emerge from the experience positioned to thrive. The circumstances are fluid, changes and new information present daily we try to keep track of governmental directives and comply with them to our best understanding, and we are prepared at adjust our strategy as rapidly as possible to accommodate any changes in the circumstances that beset us.

With 80% of the Museum staff laid off we are heavily dependent on the devoted efforts of our many volunteers who have turned to in this crisis to help take care of the ships, and they have accomplished an unprecedented amount of maintenance and restoration work through all this, all while adhering to stringent health and safety standards.

Varnishing on Star of India. 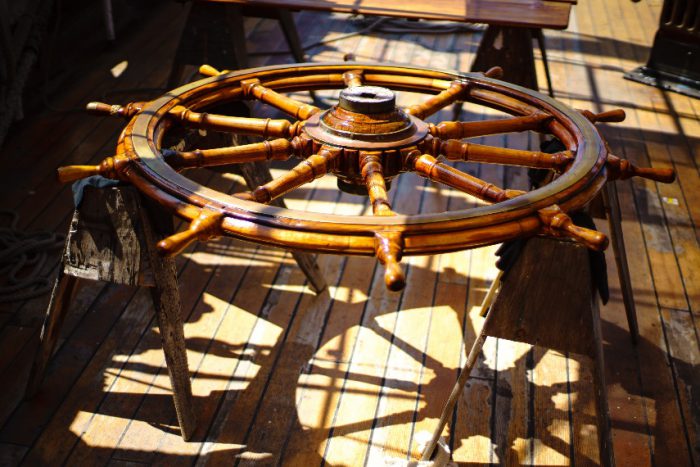 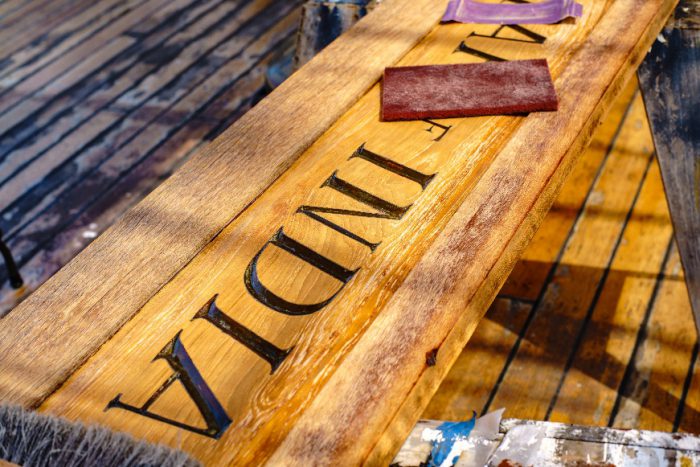 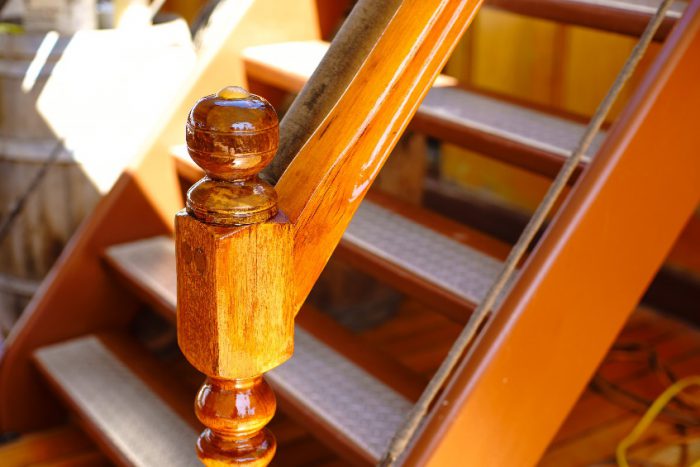 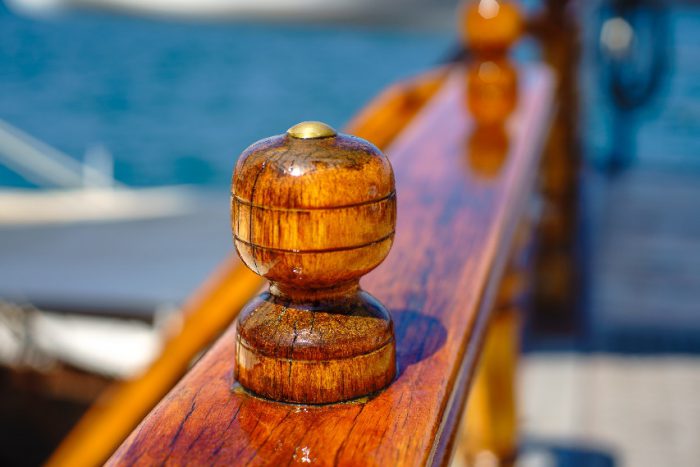 Scott Brown, preparing the yards for the lift. 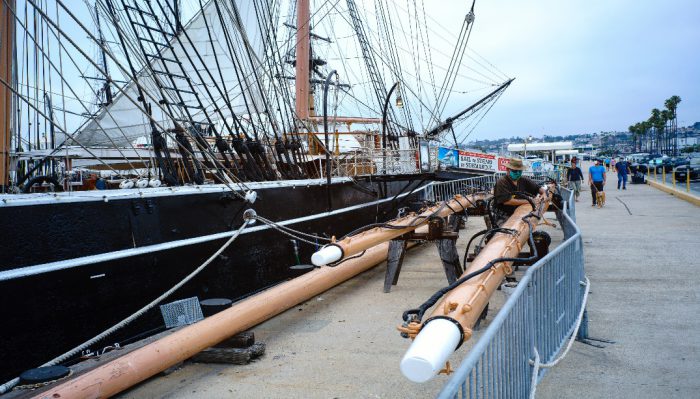 Under the leadership of Director of Ship Operations, Jim Davis, volunteers can be seen high above crossing the topgallant & royal yards on Star of India 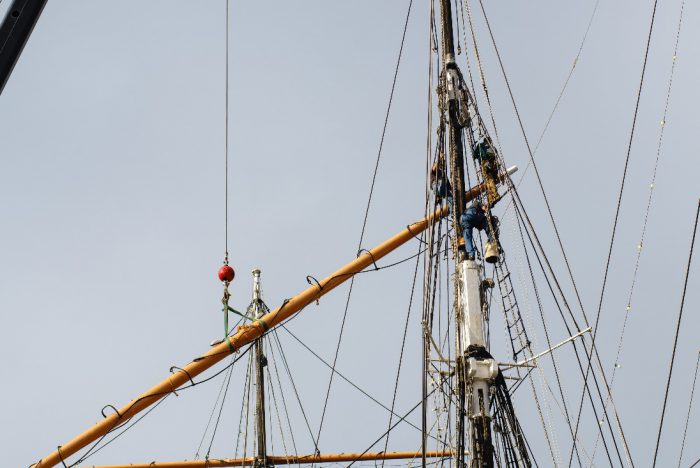 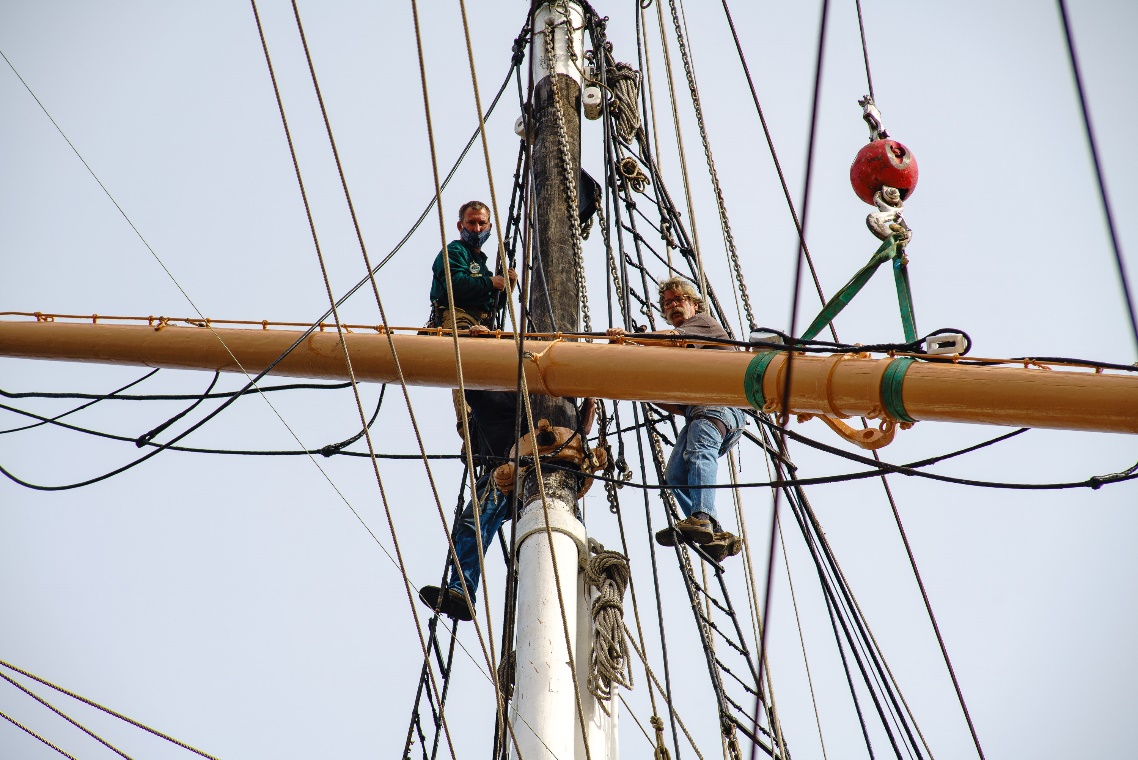 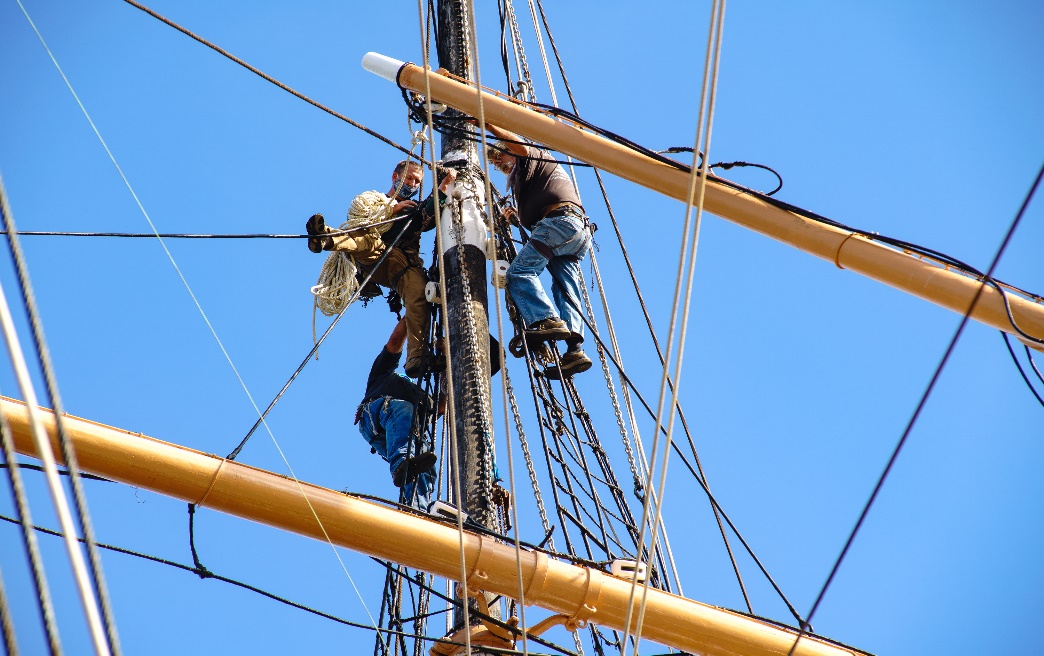 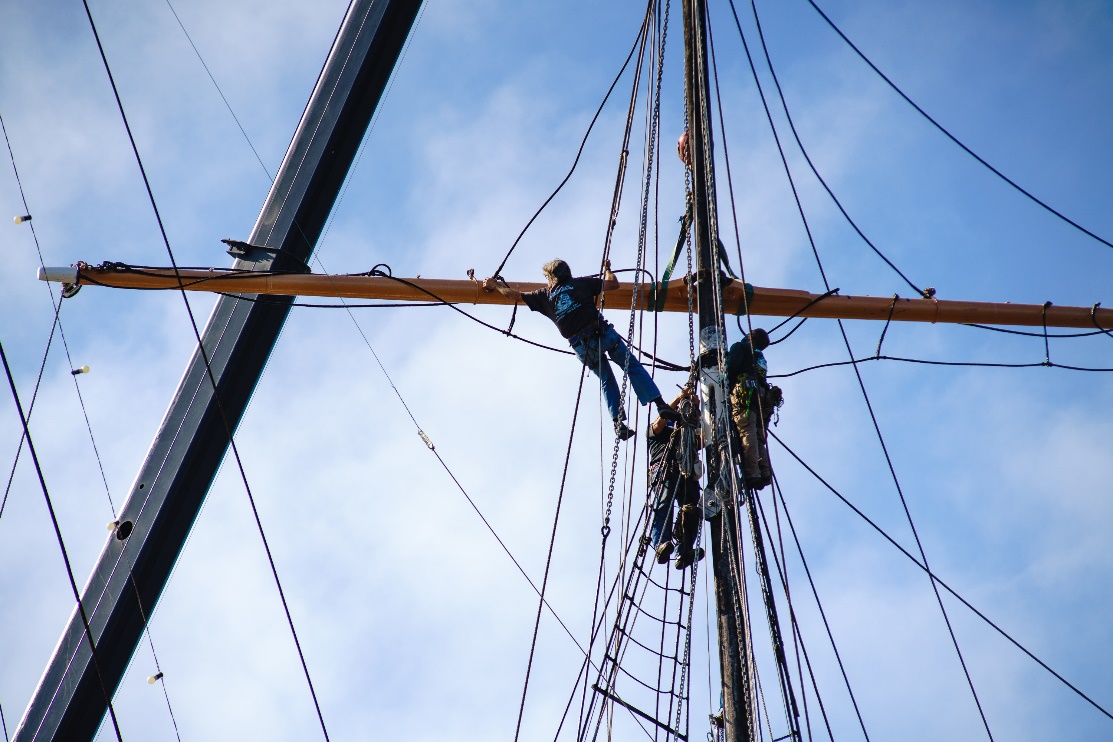 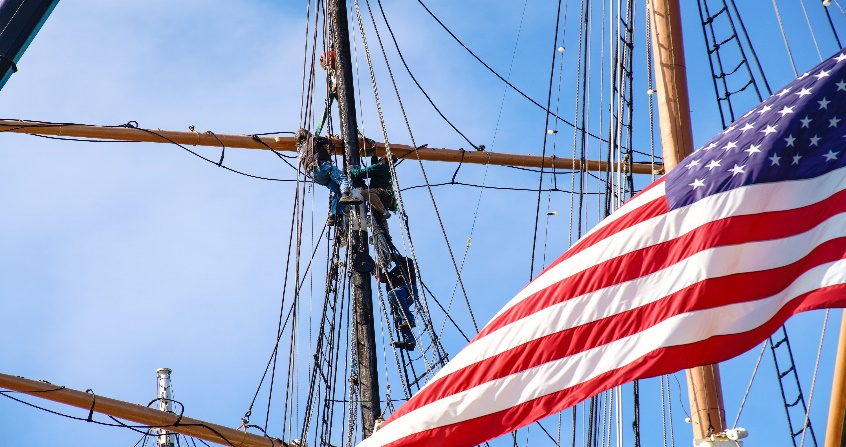 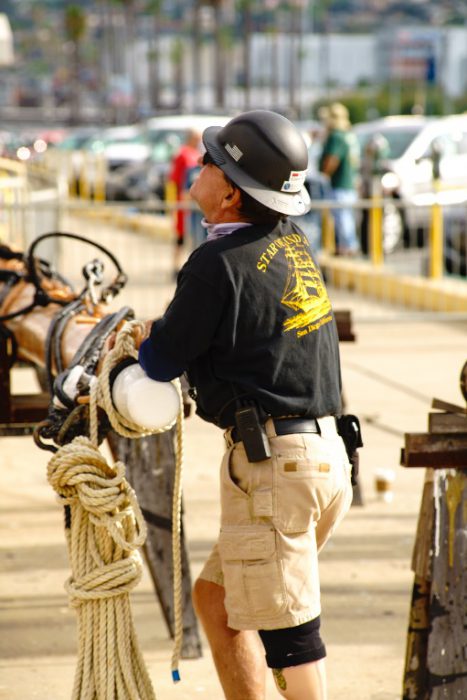 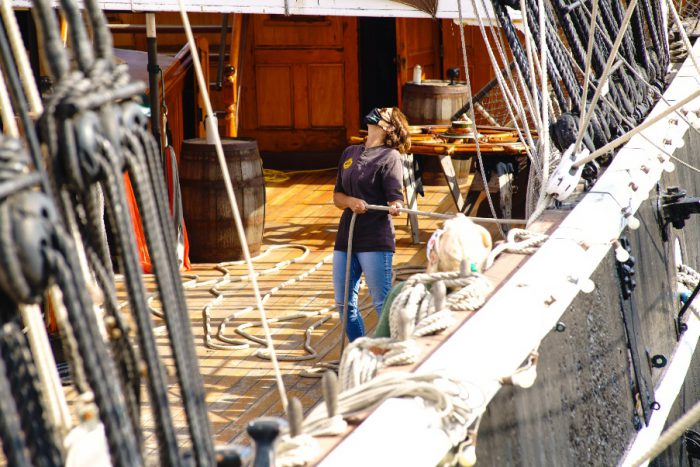 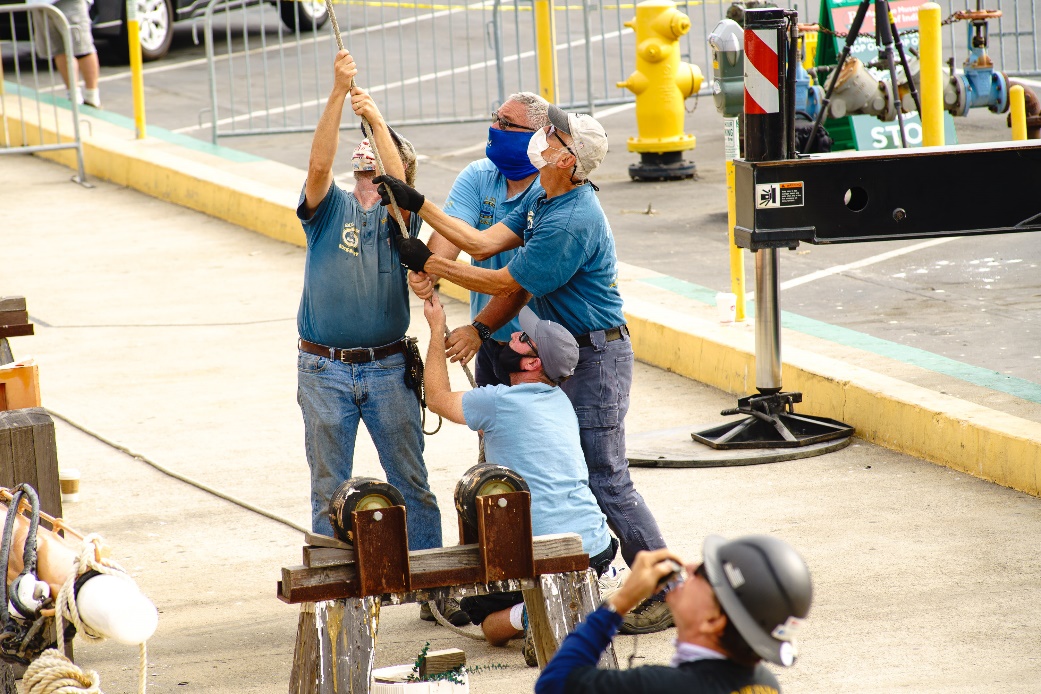 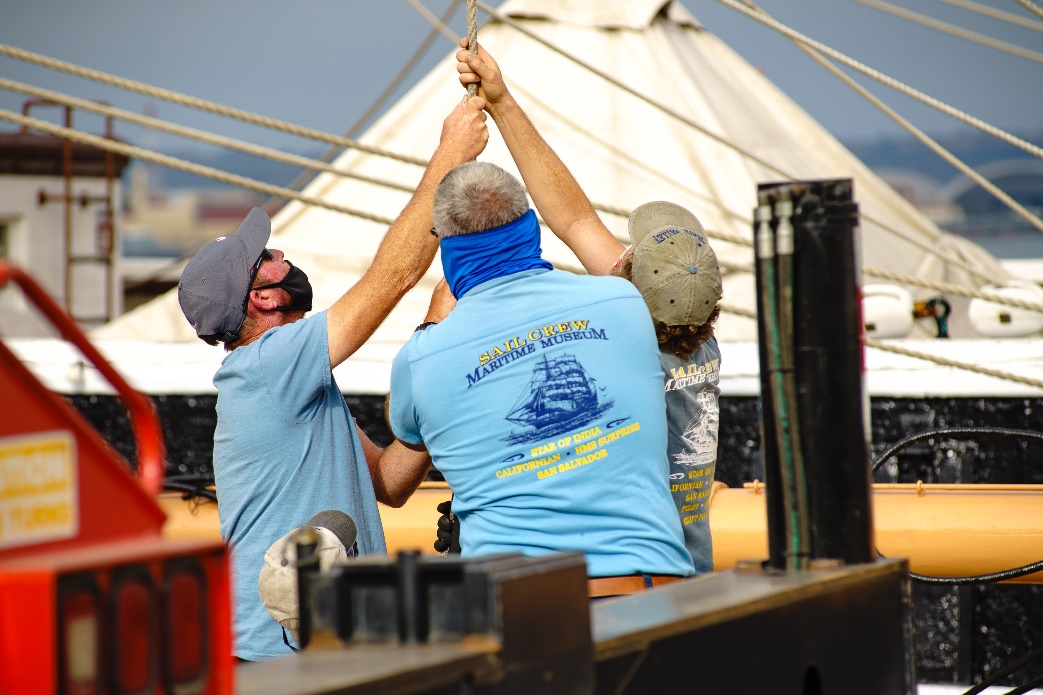 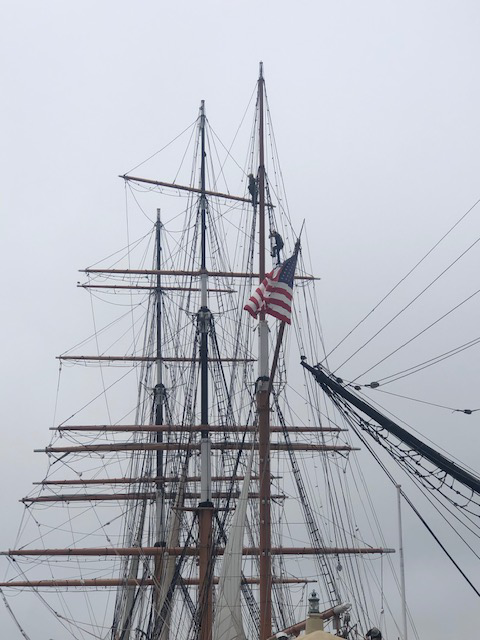 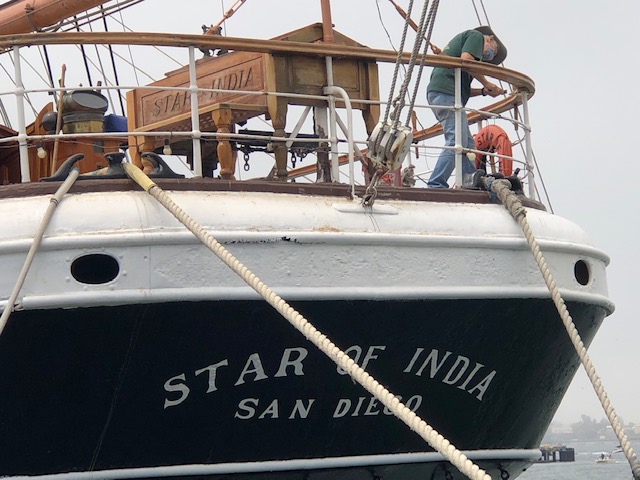 Volunteer Rick Cohan adding a fresh coat of paint to the Museum gate entrance to the 1898 Steam Ferry Berkeley. 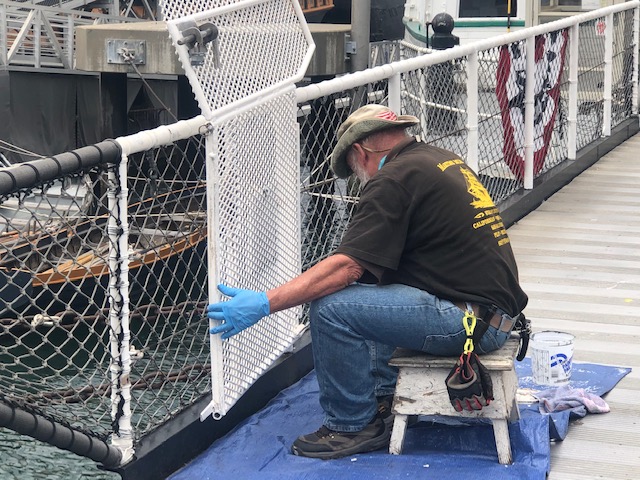 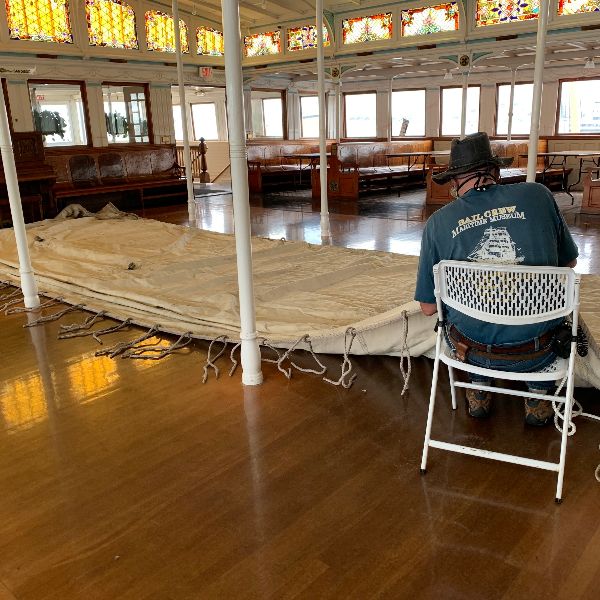 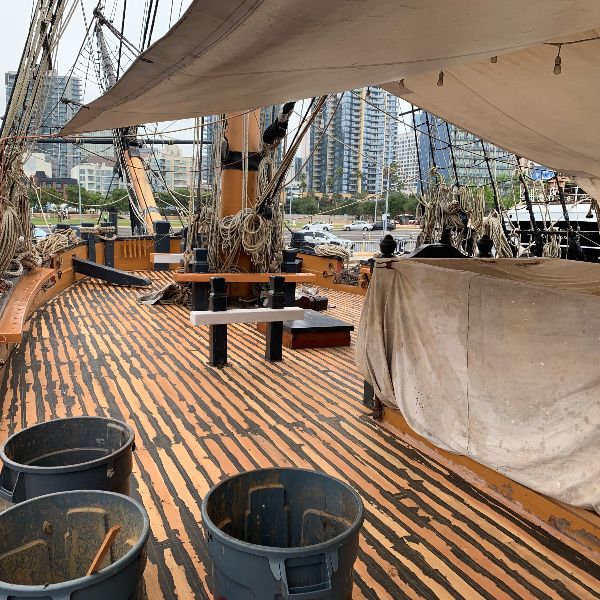 Long-time Volunteer David Fairbank working on Medea, been with the Maritime Museum of San Diego since before 1997. 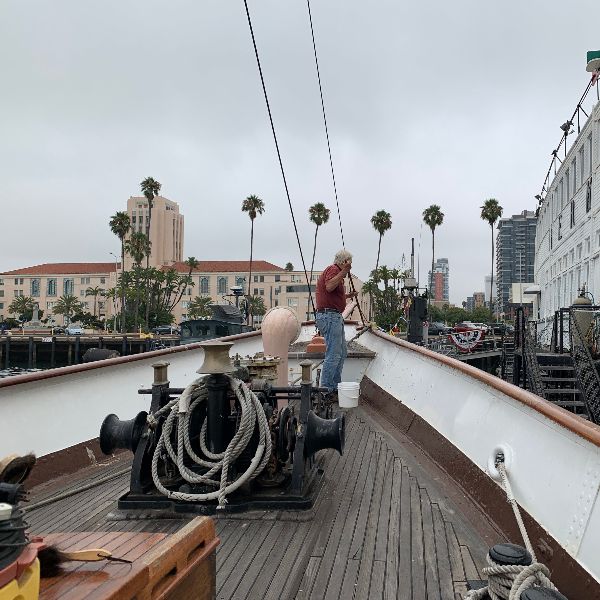 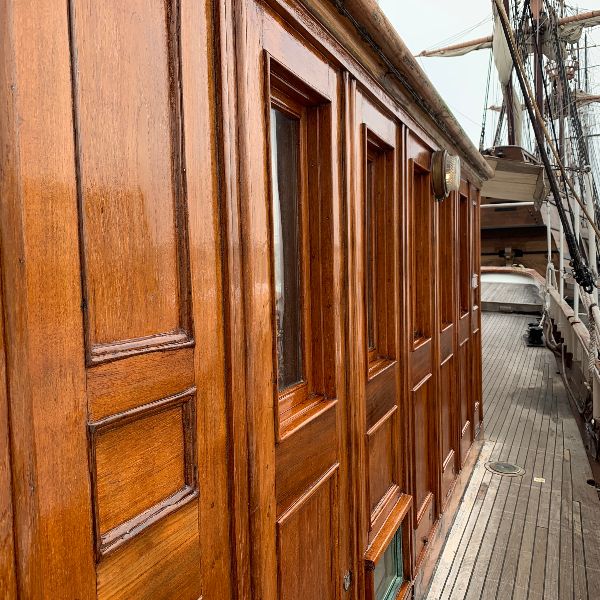 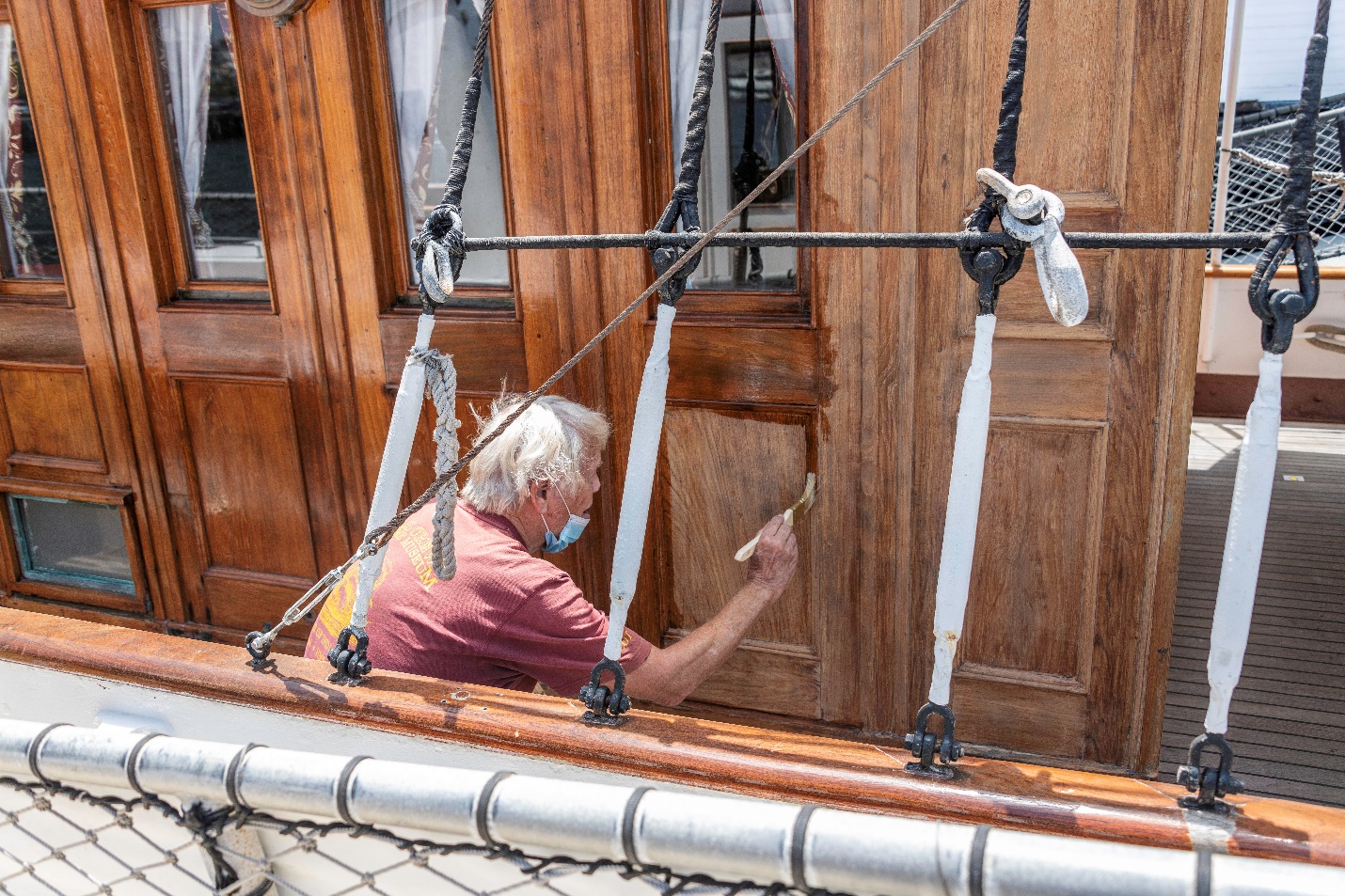