In Honor Of Those Who Served. In Remembrance Of The Shared Swift Boat History.

A Swift Boat at the Maritime Museum of San Diego!

The U.S. Navy officially called them Patrol Craft Fast – PCFs for short, but the men who served on them during Vietnam have always known them as Swift Boat.

In 1971, the US Navy donated two Swift Boats to the newly formed Republic of Malta’s Maritime Squadron. After forty years of coastguard duty, Malta retired these boats from service. In 2011, Malta’s Minister of Defense donated a Swift Boat to the Maritime Museum of San Diego with our promise to preserve her history and to pay tribute to all Swift Boat Sailors from both countries.

The Swift Boat Sailors Association brought this Swift Boat to the Maritime Museum of San Diego to be restored and operated on San Diego Bay. Museum visitors will have the opportunity to experience the sound and throbbing vibration from two V12 diesels delivering 980 horsepower for high speed runs through the Bay while retired Swift Boat Sailors and docents talk about what it was like to be a crewman in Vietnam, serving as a Quartermaster, Gunner’s Mate, Engineman, Radarman, Bosun’s Mate or Skipper. 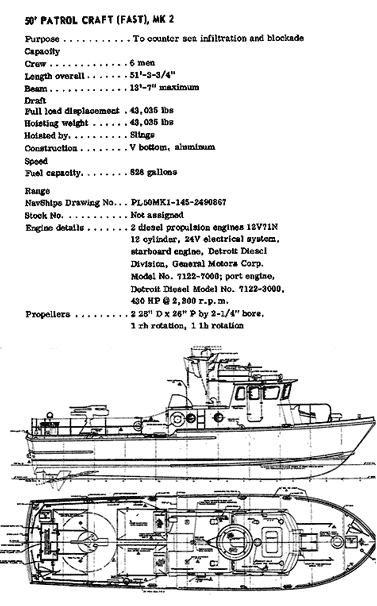 The Navy first used them on coastal patrol as a part of Operation Market Time to interdict seaborne supplies on their way to the Viet Cong and the North Vietnamese Army in South Vietnam. Later, the boats moved into the rivers and canals of the Mekong Delta and the Ca Mau peninsula to conduct special operations: gunfire support, troop insertion and evacuation, and raids into enemy territory. To the U.S. Navy, Swift Boats were weapons of war. For the officers who commanded them, Swift Boats were a chance at independent duty at a young age – most men were under twenty-five years old. For the sailors who crewed them, Swift Boats were an opportunity to abandon big-ship confusion and bureaucracy for a small combatant, where every man counted and where every man could trust his shipmates and befriend them like family.

Their performance was so successful that the North stopped trying. In 1968 Swift Boats became a part of the Brown Water Navy, joining PBRs (Patrol Boat River) and the Mobile Riverine Force, patrolling rivers and canals of the Mekong Delta. This was Admiral Zumwalt’s successful interdiction strategy, called Operation Sea Lords, to disrupt the Viet Cong’s mobility and to make villages safe for the South Vietnamese to return to their homes.

To all our Active Duty Personnel and those who served both the US and Malta, THANK YOU.

Feel the history & power of the twin 12 cylinder Detroit Diesels as you take a behind the scenes tour of San Diego’s military history. Enjoy this unique one of a kind adventure aboard our historic Swift Boat, PCF-816. Be a part of history. Tours began Memorial Day 2014.

Some of the many generous donors that have given time and money who have made this project possible.