SAN DIEGO, CA – Maritime Museum of San Diego, serving as the community memory of our seafaring experience by collecting, preserving, and presenting our rich maritime heritage and historic connections with the Pacific world, announced the summertime public opening of a new educational, entertaining and interactive exhibit staged aboard the world’s oldest active sailing ship Star of India. Sea Monsters: Delving into the Deep Myth is now open to the public. This fresh, fun, eye-catching exhibit, complete with dramatic Kraken-inspired tentacles climbing across the yards and rigging of the legendary Star of India, will take visitors on an imaginary journey at the end of the 19th Century, when a fictional, dynamic, daring, and somewhat eccentric world-exploring naturalist chartered the Star of India for an expedition with the task of investigating the existence of Sea Monsters in various parts of the globe. Exhibit entrance is free with purchase of museum general admission tickets.

Wandering the deep hold of the Star, specimens both real and reconstructed will engage visitors with trying to understand and explain an aspect of human interaction with the unknown and the ongoing quest for monsters of the deep. Visitors will explore evidence and a series of cultural projections that express humanity’s innermost fears, our search for truth, and the thrill of discovery that ultimately bring Sea Monsters to life for everyone…both real or imagined including skeletal marine reptile replicas, marine biological specimens, historic zoological hands-on immersive activities within the MMSD’s unique venue, the nineteenth century Star of India.

A Sea Monster “crime scene” board will identify the various sea monster sightings around the globe and provide visitors with a global view of cultural legends and primary documents of their impact on those communities through newspaper clippings, stories and first-hand accounts. A special exhibit show will also illuminate cultural images of sea monsters seen through the lens of the late 19th century.

Curatorial lead and Vice President of Maritime Museum of San Diego, Susan Sirota states, “We especially wanted something for families to enjoy together”, hands-on activities in the children’s play area will encourage our younger visitors’ creativity by participating in various activities such as a Design your Own Sea Monster and Mini-Monster Ship Play, while magic lanterns will also delight visitors with visual projections of historical and nautically inclined imagery.” 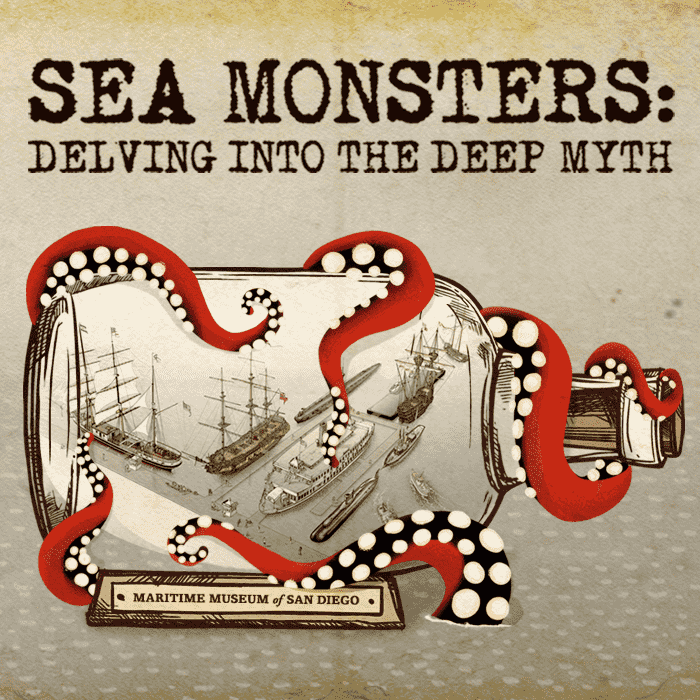 Halloween Weekend Sea Monster Saloon Aboard Star Of India, the Maritime Museum will host an evening Sea Monster Saloon sponsored by Pusser’s Rum, Saturday, Oct 29 2022 5:00 to 10:00 p.m. for adults 21+ only, to include no host bar, sea inspired appetizers, and live music aboard Star of India. 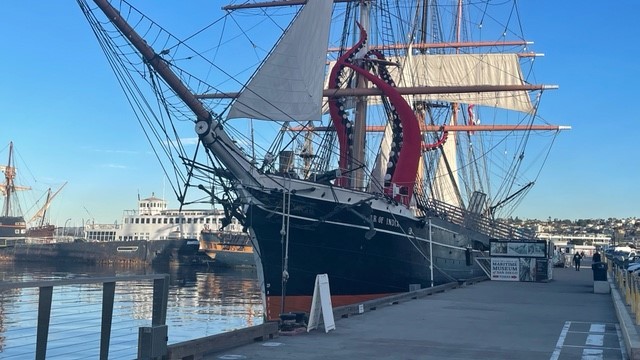 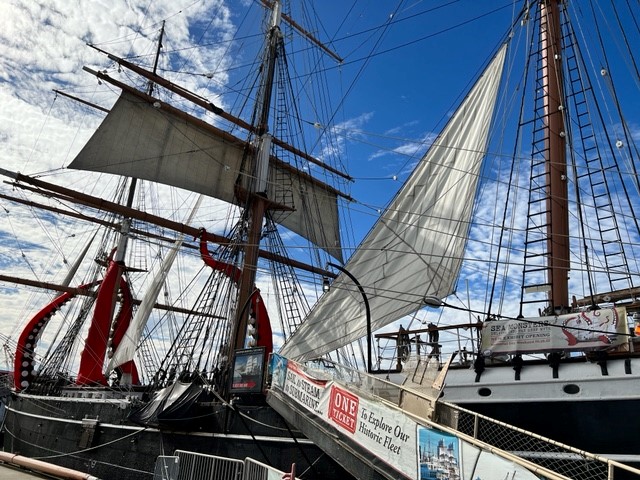 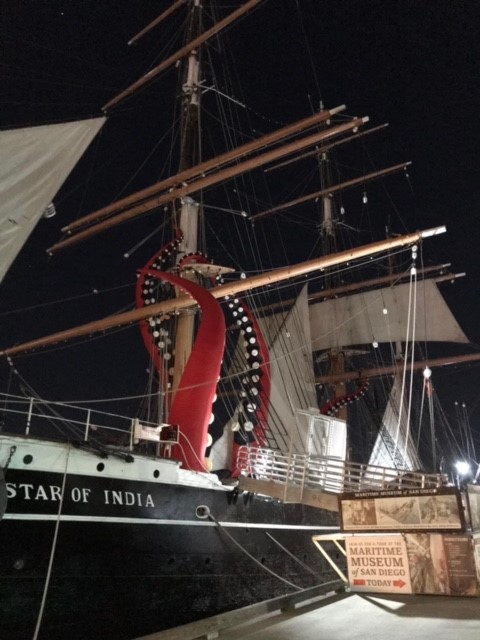 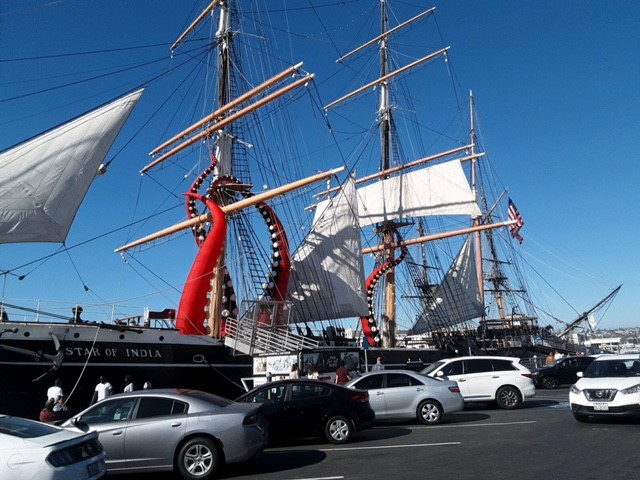 Financial support provided by the City of San Diego.

All exhibits and galleries aboard the Museum’s historic fleet are included with one general admission ticket purchase. Visitors can purchase tickets to the Maritime Museum of San Diego online or visit the ticket booth located on the north embarcadero between W. Grape and Ash Streets at Star of India Wharf, 1492 North Harbor Drive, San Diego, CA 92101-3309.