Written by Director of Marketing, Theresa A. Smullen

This summer the Museum embarked on an outstanding marketing opportunity to raise awareness and showcase our embarcadero location and historic fleet within participation in a powerful national anthem performance unlike any other west of the Mississippi. This year, the Big Bay Boom, the region’s widely popular 4th of July fireworks show in the sky was cancelled by Port of San Diego due to COVID-19. As a region united to decrease large gatherings and slow the spread of coronavirus, the Maritime Museum of San Diego cancelled the always popular 4th of July Fireworks Dinner and boating activities. Instead, the Museum vessels became stage locations for a waterfront televised performance of the National Anthem complete with a rattle of gunnery unlike any the Museum had ever executed in years past.

Fox5 was looking for a way to bring this show home and use a clearly identifiable location. The Maritime Museum was the perfect fit! Fox5 had used the Midway Museum and Coast Guard docks to stage their national anthem in the show in years past. We rolled up our sleeves and the Executive Producer hat went on, production schedules were created, and a cast of characters engaged. We began coordination on the production mid-May. By early June, with two location and tech scouts under our belt, we were prepared for the June 10 and 11 evening performance productions. Ready to record not only sweeping camera angles of the brilliantly lit Star of India, but also the filming of the glistening downtown lights surrounding the Berkeley back deck, shore battery ignited from the barge gunnery at the command of Living History instructor staff Peter DiSimone and Tyler Hackworth in full revolutionary characterization, and then an awe-dropping broadside of gunnery blasts from San Salvador and Californian all recorded by the Fox5 drone cameras.

Partnering with the Fox5 San Diego Creative Services Director, Alejandro Guajardo and Associate News Director Ruby Chen, we collaborated with the station to produce their 4th of July broadcast show that featured firework shows from previous years – the good, the bad, some interviews etc., that followed with a 30-minute Special Tribute the Heroes, which is normally a tribute to military. This year that recognition expanded to the first responders and healthcare workers that are helping patients throughout the community impacted to the global pandemic.

The production team for the project required the support of several departments including marketing, maintenance, marine operations, sail crew and volunteers. Special thanks go out to President/CEO Ray Ashley and Vice President Susan Sirota for making the resources available to participate in this production. Scouting logistics were brilliantly managed by our Director of Maintenance, John Serbian, and webmaster/San Salvador First Mate, Alex Saikowski, with assistance from Director of Ship Operations, Jim Davis. Special thanks to our Maintenance Manager, Margaret Mowder, for working with John Serbian to clean, and prepare our Museum for the location filming. Also a special nod to Marketing Manager, Gener Austria for assisting in the collection of talent release documentation. A huge shout out goes to Regulatory Representative and Pilot boat Captain, John Merrill for coordinating with the Coast Guard and Harbor Police about the use of gunnery required for the project. 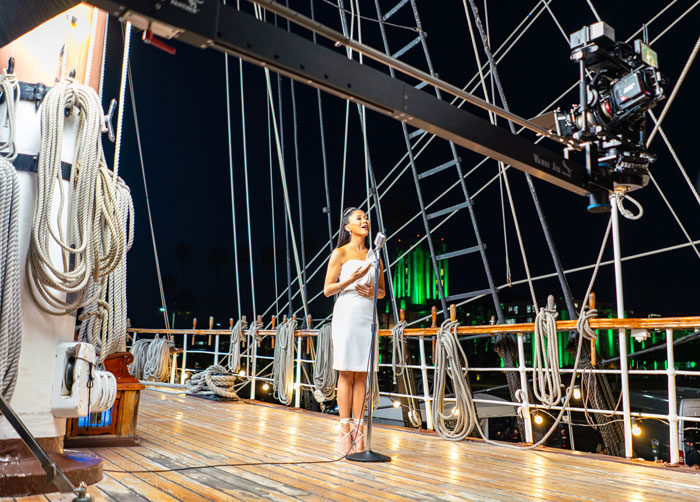 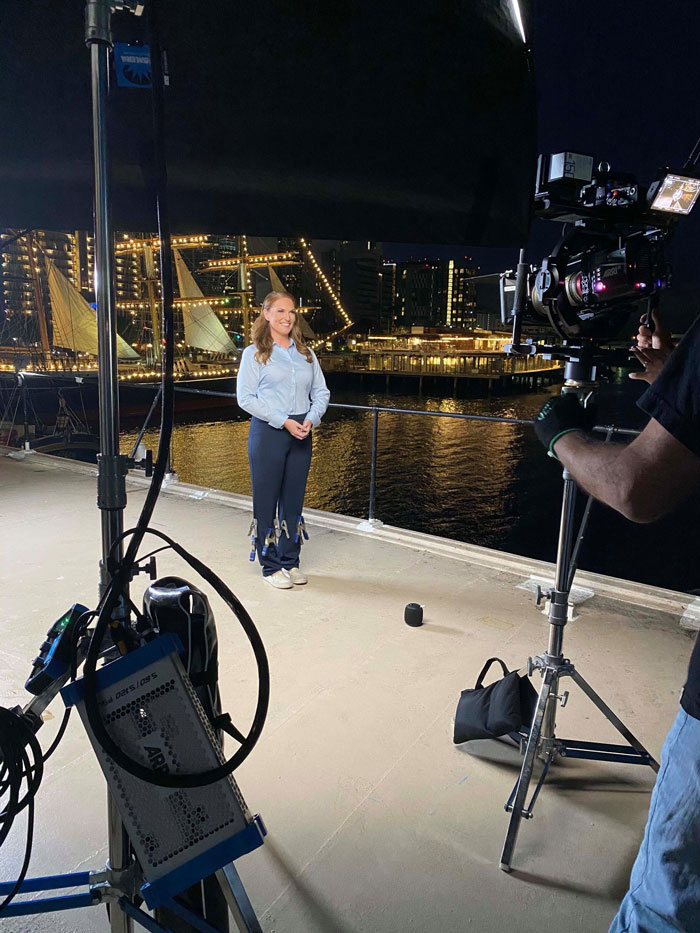 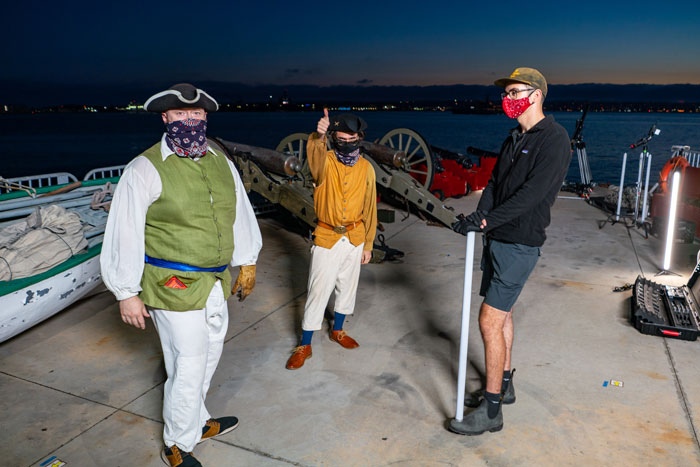