Please consider giving to the Maritime Museum of San Diego!

A review of this year’s accomplishments

We recently celebrated two special occasions on the very same day at the Maritime Museum – the Star of India’s 159th birthday and the unveiling of her Euterpe figurehead, beautifully restored after months of dedicated work by museum volunteers. Only a few weeks earlier, a group of our museum members visited Ramsey in the Isle of Man, stood at the very space where Euterpe was built, and afterward attended a community musical performance celebrating the life of this ship since the time of her launch in 1863. Underpinning each of these celebrations was also the unspoken understanding amongst us all, of how we endow this ship with a capacity to bind us as a community, not only in the moment, but also across the vast distances of oceans and indeed, across generations.

These recent experiences remind me of another museum trip to Northern Europe several years ago. The trip theme was to visit places and museums that figured in the history of ships and navigation. Since the history of navigation is interlaced with the history of our perception and marking of time, we visited Stonehenge, now widely regarded as ancient observatory and astronomical computer and since it was close by, we also visited Salisbury Cathedral to see Europe’s oldest working clock.

Inside the cathedral, our attention drew to massive scaffoldings reaching upwards to the lofty vaulted ceiling. The support structures were erected recently to allow workers to replace the massive oak beams providing structural support to the cathedral’s roof. As the docent explained, those beams fitted eight-hundred years earlier, would not at the time believed to last that long before needing replacement. Accordingly, the medieval craftsmen who build the cathedral planted oak saplings at the edge of the glade, knowing that in eight hundred years they would become mature oaks ready to replace their predecessors. While we were trying to fully grasp the nature of a society capable of planning on that scale, the docent then pointed towards an open window presenting a view of the glade outside and then asked “Do you see there at the edge of the woods? Those are baby oaks awaiting their own turn eight hundred years from now. Do you know what we call that? We call that hope!”

None of these things seem consistent with the values and interests of a world obsessed with instant access to information, instant communication, 24-hour news cycles, and ever collapsing progressions of obsolescence until at the end, the thing that becomes most obsolescent is us. That is why, in their capacity to summon a belief that there are still some things that we do and give our time, skill, resources and devotion to which transcend time and geography and bind us across that space.

So, whether you respond with time or treasure or both to this appeal, that response is an expression. It is rightfully called philanthropy, generosity, contribution, commitment. But I think we can also call it hope.

Make a 100% tax-deductible investment to the Maritime Museum’s mission of preserving our history and you are investing in your communities future.

As a member of the Maritime Museum of San Diego, you support our preservation and education efforts, and in return receive many benefits! Bring the adventure and discovery to life as often as you would like – choose the membership plan that is right for you.

Membership packages include these benefits: 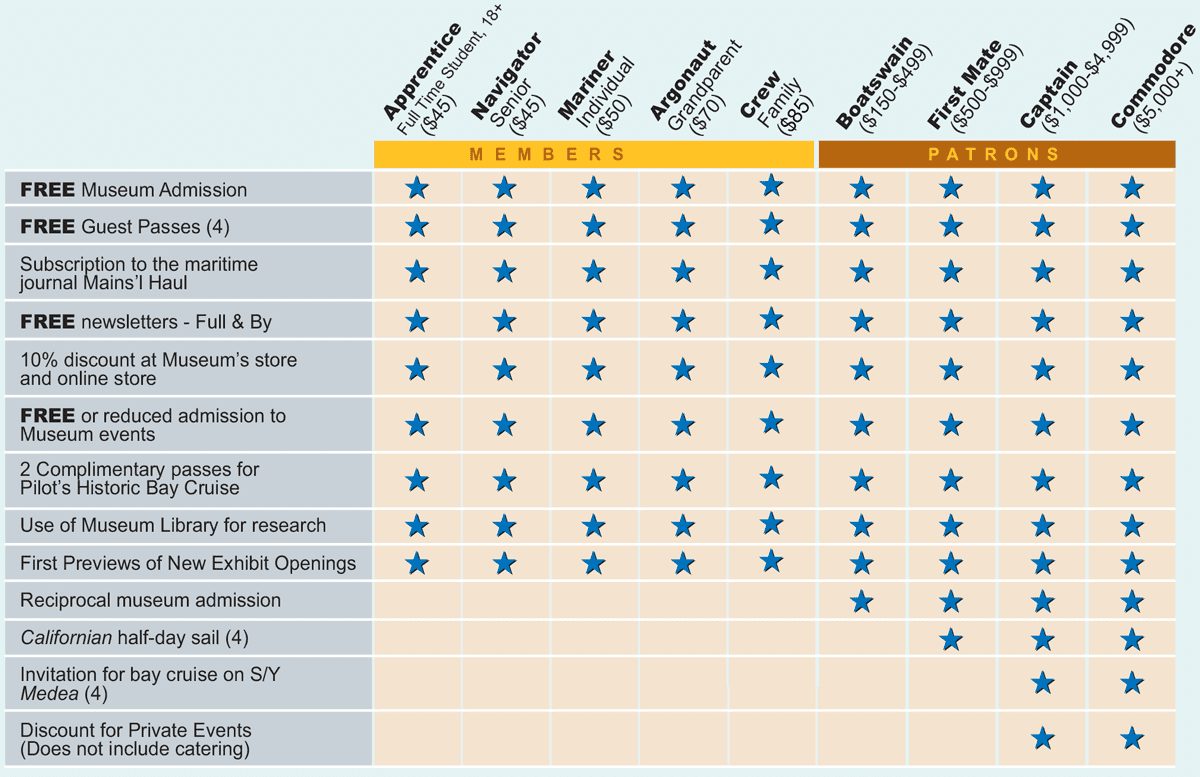 Through your membership, you support the Maritime Museum of San Diego, a nonprofit organization dedicated to preserving and presenting our rich Pacific maritime heritage. 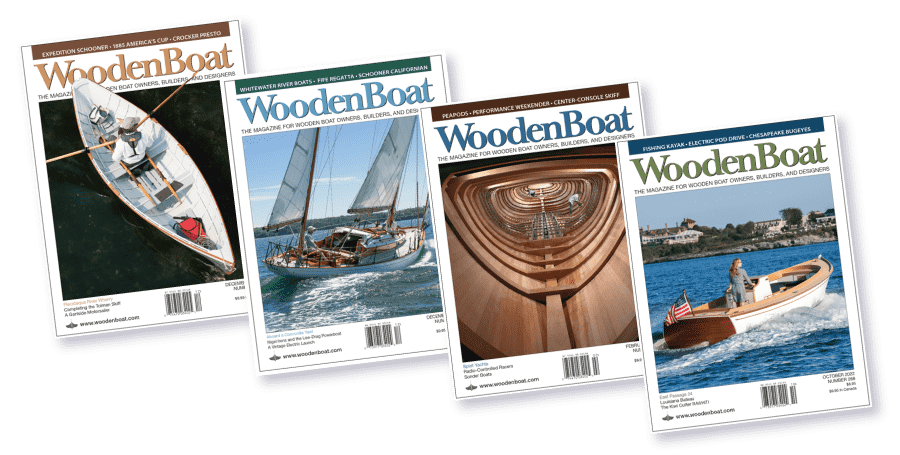 When you use our exclusive website to subscribe, WoodenBoat Magazine will donate $10 to the Maritime Museum of San Diego per new subscriber!

You can support the Museum’s restoration efforts, ongoing educational programs, exhibits and fun-filled cruise events, while enjoying all the exclusive content that WoodenBoat Magazine has to offer.

For more than forty years, WoodenBoat Magazine has provided generations of readers with all the latest news, innovations and thoughtful commentary on traditional methods of boat design, construction and repair, with vibrant photography, engaging feature articles, and detailed project, design and maintenance advice. A one-year subscription includes six unique print issues delivered to your home – save up to 29% off the cost of buying on newsstands!

Subscribe for yourself, or give a gift to a friend, and take advantage of this special offer supporting Maritime Museum of San Diego!

You can follow the link below, call toll-free 800-877-5284 (use the promo code MMSD), or stop by the Maritime Museum Gift Store to subscribe in person.

Click Here to take advantage of the Special Offer

Welcome! We are pleased that you are interested in learning about the many benefits of gift plans. If you have any questions about the best way for you to benefit through a planned gift, please call. A member of our Planned Giving Team will be glad to help you. Contact Development at 619-234-9153 x 126

A San Diego treasure, the Maritime Museum of San Diego is more than a collection of world-class exhibits and ships. It is a family of volunteers, members, and supporters like you, who are joined together by their passion for the sea, maritime history, and creating an inspiring and enlightening experience for children and adults alike. Thank you for your support.

Donating a car is easy! And so is donating other vehicles. We accept all types of vehicles nationwide — cars, trucks, SUVs, motorcycles, ATVs, and even boats.

All that you will need to provide is the Certificate of Title upon pickup of your donated vehicle.

Thank you for considering the Maritime Museum of San Diego as an item for your fundraising event. We take pride in our support of local nonprofit organizations for such events benefiting our San Diego community. As a nonprofit organization we reviewed the large number of tickets we donate and found the need to re-evaluate the criteria we use for ticket donation selection.

Join in the adventure! The Maritime Museum of San Diego is home to the maritime story of the West Coast and beyond with one of the most extensive collections of historic ships in the world. Donations & membership helps to tell the maritime story and to preserve these ships.

Every single gift matters. Taken in the aggregate, all gifts, large and small, are essential to the overall goal. So join us at whatever level you can.

“Ships are the nearest things to dreams that hands have ever made, for somewhere deep in their oaken hearts the soul of a song is laid.”
– Robert N. Rose

To learn more about the many opportunities to contribute to the Maritime Museum. Contact Development at 619-234-9153 x 126
or click here to send email.

Our Mission Statement
The mission of the Maritime Museum of San Diego is to serve as the community memory of our seafaring experience by collecting, preserving, and presenting our rich maritime heritage and historic connections with the Pacific world.